New figures show there are now 13,500 fewer polluting cars being driven into central London every day and a significant drop in harmful air pollution, since the Mayor introduced the Ultra Low Emission Zone six months ago. 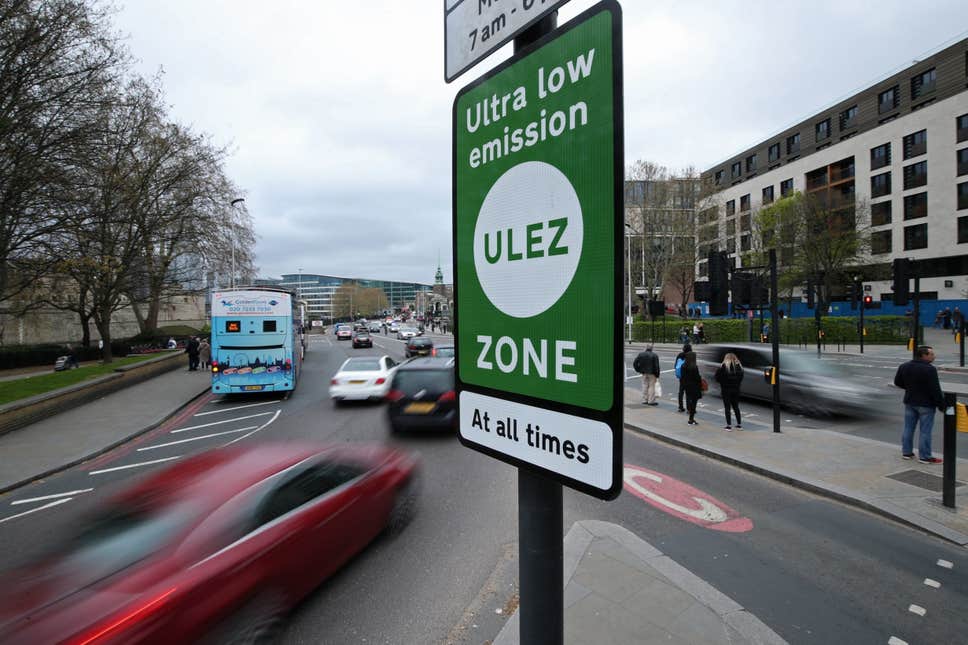 Polluting vehicles account for around half of London’s harmful NOx air emissions, with air pollution costing the capital up to £3.7 billion every year
The ULEZ – operating in the Central London Congestion Charging zone – the world’s first, is the centrepiece of Sadiq Khan’s bold action to tackle London’s toxic air health crisis that leads to thousands of premature deaths every year and increases the risk of asthma, dementia and cancer.

Since introducing the ULEZ new data reveals that:
• Roadside nitrogen dioxide (NO2) pollution has reduced by 36 per cent in the zone. This is measured from February 2017 to September 2019, to reflect when the Mayor publicly confirmed the Toxicity Charge (T-Charge) – the predecessor to the ULEZ – and people started to prepare for the schemes. Analysis in today’s City Hall report estimates that the reduction in NO2 pollution solely attributable to the ULEZ is 29 per cent*.
• None of the air quality monitoring sites located on ULEZ boundary roads have measured an increase in NO2 pollution levels since the scheme was introduced in April 2019.
• From March to September 2019 there was a large reduction in the number of older, more polluting, non-compliant vehicles detected in the zone: some 13,500 fewer on an average day, a reduction of 38 per cent.
• 77 per cent of vehicles now in the zone now meet the ULEZ emissions standards. This is much higher than the 39 per cent seen in February 2017 and the 61 per cent in March 2019 .
• NOx emissions from road transport in the central zone are now 31 per cent (200 tonnes) lower than if the scheme was not in place. This is ahead of schedule to meet the 45 per cent NOx emission reduction expected in the first year.
• There was a reduction in traffic flows in central London in May and September 2019 of between three and nine per cent when compared to 2018, indictaing the wider benefits of the ULEZ in encouraging people to switch to walking, cycling or using public transport**
• The ULEZ is also tackling the climate emergency. After six months, carbon dioxide emissions from road transport in the central zone are four per cent (9,800 tonnes) lower than if there was no scheme. When compared to 2016 levels, this equates to an expected 13 per cent reduction in carbon dioxide emissions if the current compliance rates continued over the course of this year.

The Mayor of London, Sadiq Khan, said: “These figures prove without a doubt that ULEZ is exceeding expectations, reducing polluting vehicles and cleaning up our lethal air. I am determined to stop Londoners breathing air so filthy it is damaging our children’s lungs and causing thousands of premature deaths. The ULEZ shows what we can achieve if we are brave enough to implement such ambitious policies. I now hope the Government will match my ambition and amend their environment bill to ensure it has the legally binding WHO- recommended limits to be achieved by 2030 that we need to protect public health.”

Alex Williams, Transport for London’s Director of City Planning, said: “The introduction of the ULEZ this year was a significant moment for Londoners’ health, as the evidence of its first six months clearly shows. Nearly four out of every five vehicles now entering the zone meets the tough emissions standards, reducing harmful NO2 pollution by almost a third. The early evidence suggests that the ULEZ is not only encouraging people to use cleaner private cars, but also to use more sustainable alternatives such as walking, cycling and public transport. The ULEZ is also helping to reduce its impact on climate change – with an estimated reduction of road-based carbon dioxide by nearly 100,000 tonnes.”

Dr Penny Woods, Chief Executive of the British Lung Foundation, said: “The success of the Ultra Low Emission Zone (ULEZ) is a fantastic example of the difference Clean Air Zones, that charge the most-polluting vehicles, can make in reducing levels of pollution. We now want to see the ULEZ expanded to every polluted London borough to protect the lungs of every Londoner. And critically, we know dirty air isn’t just a problem in London. Most UK cities have illegal and unsafe levels of pollution, which seriously effects the health and quality of life of the millions who have a lung disease and puts children at risk of developing a lung condition. That’s why similar Clean Air Zones must be urgently rolled out across the country to protect everyone’s lungs.”

Professor Stephen T Holgate, respiratory specialist, said: “Introducing the ULEZ to reduce vehicle related air pollution is already showing marked travel behaviour change in those entering this area of London and reducing vehicle use resulting in large reductions in NO2 emissions. Since NO2 is an index pollutant of traffic pollution at street level, reductions of this order will be highly beneficial especially to those most vulnerable such as the very young and old, and those with coexistent lung and heart disease. It is also pleasing to see that such a dramatic behaviour change is not offset by increased vehicles at the ULEZ periphery.”

* 29 per cent reduction is at roadside sites in the central zone, comparable to a “no ULEZ scenario”

** Traffic flows may also have been influenced by other changes, such as the removal of the exemption for private hire vehicles from the congestion charge.