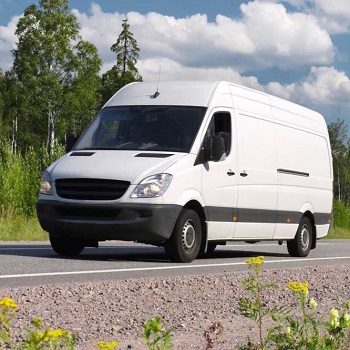 Older vehicles that are not Euro 6 compliant could face additional or higher charges when they enter London’s latest congestion zone, commercial van drivers are being warned.

As of 8th April, the London Ultra Low Emission Zone (ULEZ) will come into effect, after which vehicles which don’t meet the ULEZ exhaust standards will be subject to an extra charge on top of the city’s existing congestion charge. Birmingham, Leeds, Glasgow and Manchester have also recently announced clean air zone charges.

Unlike current congestion charges, however, these additional charges will operate 24 hours a day, every day.

Marie Dunkley, Head of Hard Asset Finance at Henry Howard Finance, explained: “These new ULEZ charges could have a massive effect on the bottom line for many couriers and delivery drivers.

“Small businesses with fleets of older vehicles or who regularly used to drive into these cities in the night or early hours to avoid the congestion charge will now find themselves subject to this extra charge.”

The Euro 6 standard sets out the acceptable limits for exhaust emissions as defined by the European Union, with all new cars sold since September 2015 required to comply.

Drivers whose vehicles are already compliant with Euro 6 therefore need not worry as the exhaust emissions meet ULEZ standards – while those with older vans which don’t comply could find themselves with hefty extra charges if they drive into central London regularly.

Vehicles which aren’t Euro 6 compliant will be charged an extra £12.50 a day on top of the congestion charge for a van of £11.50. The ULEZ charge will replace the older T-charge which affected older vehicles that didn’t comply with emission standards.

From the 8th April, if a commercial van that wasn’t ULEZ compliant travelled into the congestion zone three times a week for year, this means they would have to pay £3,744. As the ULEZ charges are in force 24 hours a day, any driver travelling into London before midnight and still working in the congestion zone area after 12am would also have to pay the ULEZ charge twice.

Most commercial vans manufactured post 2015 will now be Euro 6 compliant but, as it is, older vans could well fall foul of these new charges. Those failing to comply with the additional charge or who miss paying the extra charge could also find themselves having to pay a £160 fine as a result.

Marie said: “For some, it may well make sense to simply change their older vehicles and invest in Euro 6 compliant vans, which is where we can help. Or possibly refinance some assets to finance the needed vehicle changes more effectively.’’

“Here at Henry Howard Finance, helping companies finance assets to help grow their businesses and work more efficiently is what we do day in day out.”

“It will make economic sense for many companies just to cut their losses with their older fleets of vehicles and invest in new, which will not only help with charges such as ULEZ, but also are likely to keep their sell on value in light of more penalties for vehicles with less than Euro 6 compliant emissions,” Marie added