BMW launches its world-first eDrive Zones technology in the UK

As cities increasingly discuss the introduction of “low emission zones”, BMW is making another important contribution to boost the uptake and attractiveness of electromobility among consumers, by launching BMW eDrive Zones in London and Birmingham. With electric ranges of up to 54 miles, BMW plug-in hybrid models are built with cities in mind, as they can complete most commuting trips on pure-electric power. This new technology helps drivers do just that. 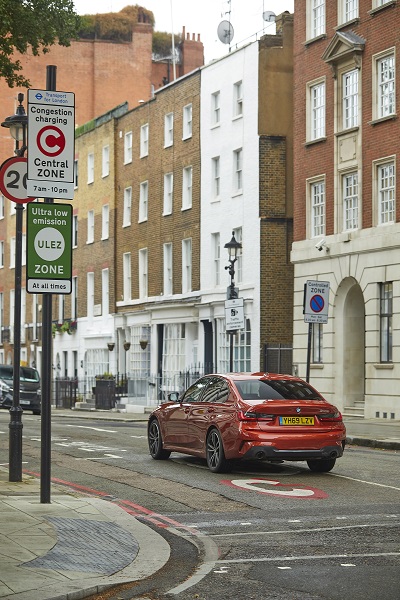 BMW eDrive Zones is a new digital service which automates the process of switching to electric-only power when a BMW plug-in hybrid vehicle enters a defined area of these cities. The service, unique in the worldwide automotive industry, also automatically ensures that the electric power is conserved for use during the part of the journey within the low emission zone, if the journey destination is entered into the vehicle’s navigation system.

This new technology ensures BMW plug-in hybrid models offer consumers the best of both worlds: electric-only driving in the city, where it makes the most difference and a highly efficient internal combustion engine to cover long distances.

“This is the flexibility that customers want, as they make the transition to electromobility” said Pieter Nota, BMW AG board member for Customer, Brands, Sales commenting on the UK launch of BMW eDrive Zones.  “A plug-in hybrid vehicle combines the best of two worlds: emission-free city-driving as well as long-distance capabilities. We urge governments to prioritise plug-in hybrid vehicles in order to encourage consumers to live a more sustainable lifestyle. BMW eDrive Zones technology supports customers to drive emission free in London and Birmingham. It improves air quality in cities fast and reduces running costs for drivers. It’s win-win for everyone”, Nota added.

The BMW eDrive Zones service, available as standard on BMW plug-in hybrid models running the latest BMW Operating System 7.0, uses geo-fencing technology via GPS within the vehicle’s navigation system. The eDrive Zones in London and Birmingham are highlighted graphically on the vehicle’s Central Control Display navigation screen, so drivers can see their location.

This feature, which is enabled in customer vehicles as of today, covers the same geographic area as the TFL Congestion Charge/ULEZ zone in London, whilst in Birmingham the service covers the city’s planned Clean Air Zone, which is due to be implemented in 2021. BMW plans to introduce this technology in additional cities across the UK and Ireland in the future. 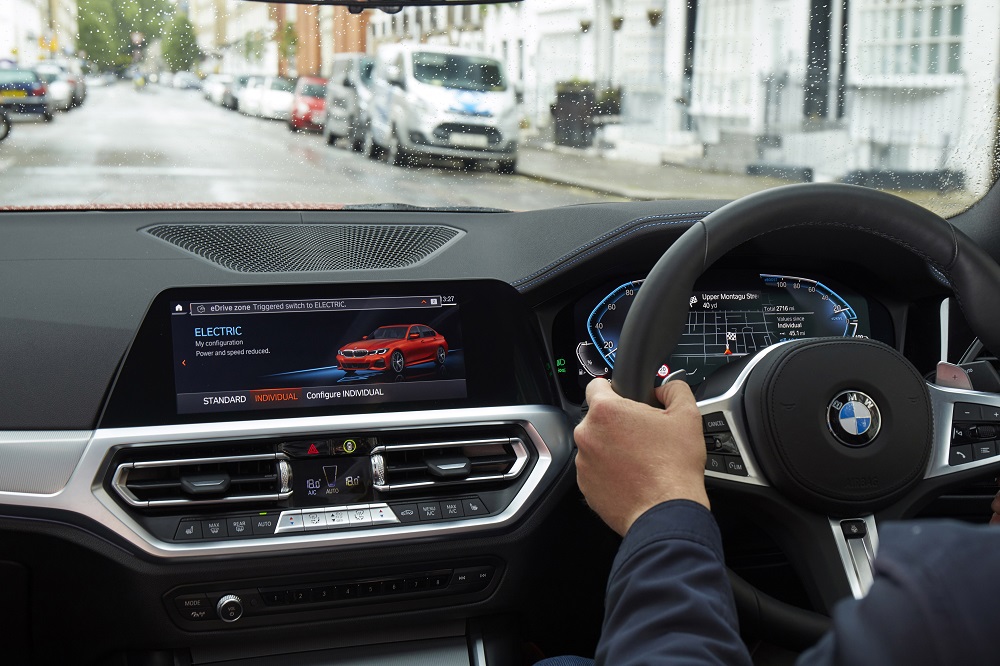 The significant contribution plug-in hybrid vehicles can make to reducing tailpipe emissions in cities was demonstrated in an early trial of this technology, carried out in the Netherlands in 2018. Results of this research project showed 90 per cent of all routes within the trial zone in Rotterdam were driven in electric-only mode.

BMW Group production locations in the UK are also contributing towards the company’s global electromobility goals. BMW Group’s Hams Hall engine manufacturing plant, near Birmingham, assembles three-cylinder and four-cylinder petrol engines that are at the heart of a number of BMW and MINI plug-in hybrid vehicles. By the end of 2020, it is expected that one in five engines built by the company in Birmingham will be destined for a plug-in hybrid vehicle, rising to around 25 per cent of engines built next year.

BMW Group currently offers 14 electrified vehicles across its brand portfolio. This will be increased to a total of 25 electrified models on the road by the end of 2023, with more than half of those models fully electric. In Europe, the BMW Group expects that electrified vehicles will account for 25 per cent of sales by 2021, a third by 2025 and half by 2030. As announced last week, as part of the company’s anchoring of sustainability at the heart of its corporate strategy, the goal is to have a total of more than seven million electrified BMW Group vehicles on the roads in ten years – around two thirds of them with a fully-electric drivetrain