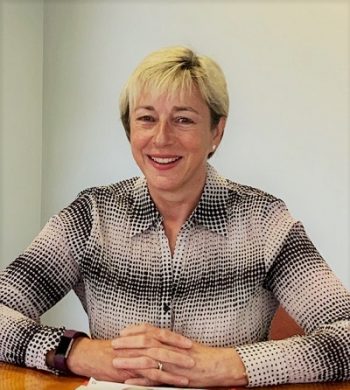 Stringent clean air targets for European vehicle manufacturers under the EU’s Clean Air for Europe programme (CAFE) may mean that, following the decision to leave the EU this Friday, January 31st, the UK could be faced with a shortage of ultra-low emission vehicles (ULEVs) depending on OEM strategy.

Fleet Logistics UK is concerned that fleets wanting to go down a carbon reduction route could find their efforts hampered by a restricted supply of suitable models, if legislation is not confirmed.

Under Regulation (EU) 2019/631, adopted by the European Parliament last April, CO2 emission performance standards for new passenger cars and for new light commercial vehicles registered in the EU from 2021 started applying from 1st January this year.

The new standards set the EU fleet-wide average emissions target for new cars at 95g/km of CO2 across a vehicle manufacturer’s model range. This year this will apply to 95% of the manufacturer’s lowest emitting cars and, from the start of 2021, to the whole of the fleet.

If the average CO2 emissions of a manufacturer’s fleet exceed its target in a given year, the manufacturer will have to pay an excess emissions premium for each car registered. For 2020 and beyond, the penalty is €95 for each g/km above the target – which could leave manufacturers potentially facing fines running into billions of euros.

However, the EU incentivises manufacturers with ‘super credits’ if they bring EVs and other low carbon vehicles to market that emit less than 50g/km.

For the purpose of calculating a manufacturer’s average specific emissions, such low emitting cars will be counted as double this year, 1.67 vehicles next year and 1.33 vehicles in 2022 – giving manufacturers huge incentives to have as many vehicles emitting less than 50g/km of CO2 on their fleets as possible in the EU.

However, as the UK will no longer be part of the EU, manufacturers could restrict supply of very low emitting cars to the UK in the future in favour of mainland Europe, despite the UK being a key market.

Sue Branston, Country Head UK and Ireland at leading fleet management provider, Fleet Logistics, said: “The impact of CAFE, which sees OEMs needing to have average fleet emissions of 95g/km, could lead to possible model constraints in the UK post-Brexit. We need clarity on this subject as soon as possible.

“This further muddies an already murky vehicle choice picture in the UK. While the outcome of the changes brought about by the switch to WLTP is becoming clearer, we still don’t have the full details.

“And work will be needed to analyse exactly how the final results of the new emissions testing regime will affect model line-ups in fleet choice lists and their impact on total cost of ownership.

“As a result, fleets will need to review their policy to allow flexibility, especially in these uncertain times, and take into account the specific challenges faced by their business, as well as their driver population.

“Fleet operators therefore need to work with their fleet management partner and plan for the effects of each likely scenario – for which there are a number.”

Branston said that, provided the BIK changes previously announced by Government last summer become legislation in the March Budget, companies would do well to involve employees in the evolution of their fleets.

“Engagement in this way could aid in pulling back drivers into the corporate fleet and away from cash allowances, where the control of carbon emissions, safety and more environmentally-friendly driving styles can be easily encouraged and monitored.

“It is important to show the benefits of any policy amendments and future electrification strategy to company drivers, as well as to the business as a whole. Adopting this strategy shows employees that it is not all about cost, but that they also matter and are being included in key decisions affecting their vehicle choice and their BIK liability.

“We cannot accurately predict many things just now, but ensuring a plan is in place to deal with these core challenges will help provide at least some of the answers,” she added.