Is there a future for Charging Clean Air Zones?

The Clean Air Zone (CAZ) programme was designed to improve air quality through the acceleration of ultra-low and zero emission cars, vans, taxis, buses, and HGVs in the UK’s towns and cities. There are two types of CAZ – a charging CAZ (CCAZ), which imposes a fee on vehicles passing through it that do not meet minimum emission standards, and a non-charging CAZ, which does not impose fees but sets out a framework for other measures to improve air quality. The point of a CCAZ was not about whether older vehicles would be replaced, but whether the transition was happening at a fast-enough pace than it would have been without it. 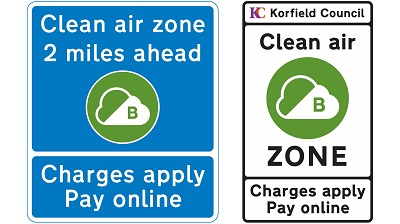 The roll-out of CCAZs has been delayed due to the pandemic. Bath and Birmingham’s zones have been postponed to March and June 2021, respectively. The expansion of London’s ULEZ to the North and South Circular will go ahead in October 2021, while Greater Manchester is consulting on its proposals for a 2022 launch.

Whilst these cities finalise their plans, recent political announcements have delivered policy signals that significant changes to vehicles and infrastructure will be taking place within the next few years. The combination of the Prime Minister’s 10 Point Plan for a Green Industrial Revolution – which sees 2030 as the end date for the sale of new petrol and diesel cars and vans – and the Chancellor’s reported interest in the idea of a national road pricing scheme are likely to lead to a much faster transition to cleaner vehicles, and how they are used. This now raises a question about the future of CCAZs. Are they still needed in their current form, or should there be more focus on non-charging Clean Air Zone measures during this transition period?

London’s Ultra Low Emission Zone (ULEZ) is an example of an effective CCAZ. The current scheme was introduced in April 2019 and operates in central London, in the same area as the Congestion Charge zone. It operates 24 hours a day, every day of the year except Christmas Day. The Greater London Authority reported a drop of between 3% and 9% in traffic flows in central London from May 2019 to January 2020 compared to 2018. Its data showed a fall in older, more polluting vehicles in the ULEZ area – 17,400 fewer vehicles on an average day. It has seen the number of vehicles meeting the tough emission standards rise from 39% in February 2017 to more than 80% in 2020, and this has contributed to a 44% reduction in roadside nitrogen dioxide within its boundaries.

Unlike other towns and cities, London already had the camera infrastructure and enforcement processes in place to target non-compliant motorists, whereas other councils – like Warrington –conducted a detailed analysis of the potential benefits and drawbacks of introducing a CCAZ to examine the costs of introducing the scheme. Taking into consideration the many changes that would be required (procurement of enforcement technology, back office system upgrades, the estimated cost of replacing vehicles such as buses, taxis, and goods vehicles with electric vehicles), it came up with an estimated total of £7 million for the scheme.

Leeds City Council has demonstrated what can be achieved by introducing non-charging CAZ measures, as well as their cost saving benefits. In comparison to the original CCAZ scheme, which was estimated to cost up to £40 million, the non-charging Clean Air Zone scheme cost the Council £11.5 million – £7.5 million in grants for taxi drivers, bus operators, and companies with HGVs to upgrade to cleaner vehicles and £6 million for a new camera network. These incentives caused hundreds of local businesses to upgrade their fleets to newer, environmentally-friendly vehicles, causing pollution levels to drop below legal limits. Leeds will continue to monitor the effectiveness of their measures, and should pollution levels rise to unacceptable limits, further discussions with the government will take place and plans for a CCAZ may need to be re-considered.

Southampton, Nottingham and Derby were previously on the list of cities that were required to introduce a CCAZ. Through extensive modelling and consultation, each city has provided the government’s Joint Air Quality Unit with confidence they will be able to reduce their pollution levels. Their typical package of measures includes upgrading and retrofitting city buses, introducing opportunities to consolidate freight to reduce HGV trips, promoting sustainable and active travel, grants for taxi and private hire fleets to encourage the uptake of low emission and hybrid vehicles and phasing out euro 5 emission standard diesel vehicles.

The original 2040 ban on the sale of new petrol and diesel vehicles meant local authorities had nearly 20 years before any likely significant change to the vehicle parc. At that time, the business case for implementing a CCAZ was more viable, given the schemes could self-finance for longer. Yet now, with the timescale for transition to cleaner vehicles brought forward and the economic consequences of Covid-19 putting further pressure on councils’ purse strings, it may be time to consider alternative methods to reduce pollution levels and improve air quality.

Looking forward, those cities that are finalising their plans for a new CCAZ should take this opportunity to revisit their modelling data and assess it against the revised timescales and new policy signals to see if this affects their original plans. In In addition, they should also consider the results other non-charging CAZ scheme cities have achieved and what lessons can be learnt and applied in their own areas.