Park and ride could help solve road congestion – but people need to know about it! 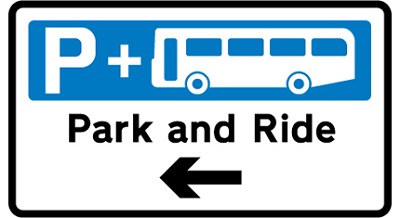 New research from Transport Focus Park and ride for Highway’s England’s roads: a solution to congestion? gathered the views of almost 500 people about park and ride schemes in Oxford and Doncaster.

Transport Focus research showed that the overwhelming reason for people not using park and ride was a lack of awareness. There were gaps in understanding of key aspects such as ticketing and frequency of buses.

Other barriers include uncertainty over journey time and negative assumptions such as the perceived hassle in comparison to driving or taking the train.

Those who did use park and ride found it made travelling easier, was less stressful and offered good value for money.

Anthony Smith, chief executive of Transport Focus, said: “People who use park and ride like it, which is a great starting point.

“Our research shows what Highways England could do, in partnership with local authorities and bus companies, to make park and ride a more attractive option than driving all the way.”

“We’re committed to improving road user journeys and as part of that we asked Transport Focus to carry out this initial research; to help us understand road user priorities for what makes a good park and ride experience.

“Park and ride has the potential to reduce congestion on our roads, while reducing our environmental impact, and this early research will feed into the wider body of evidence we and our partners will consider.”

To get more people using park and ride the watchdog recommends that Highways England should work with transport companies and authorities to promote the service and raise awareness on the benefits.

Part of the research involved getting some people to try out park and ride for the first time; here’s what they said:

“I was surprised at how much cheaper it was than the train. Food for thought there.”

“I’ll admit I was wary, basically of the bus not coming. I left enough time that I could have got back in the car and driven if I had to.”

“On the outward journey to Sheffield I only had to wait 5 minutes for a bus, that was a nice surprise. The journey itself was pleasant too, it was nice to just sit back and relax.”