Fifteen transport businesses and organisations including DPD and Lime have joined forces with environmental law charity ClientEarth to urge the UK government to fast-track action on air pollution. 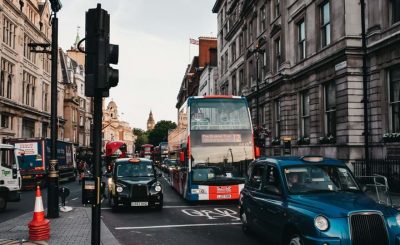 In an open letter to the Chancellor, sent today, the group calls on the government to support a four-point plan for a resilient economy that would benefit the planet and people’s health.

The call comes as the Prime Minister has announced a Ten Point Plan for a Green Industrial Revolution, which will see the UK ban the sale of petrol and diesel vehicles in 2030, 10 years before the originally scheduled date.

The group says the plan would help provide a roadmap for the period between now and the 2030 ban.

It also comes as the Chancellor prepares to present a Spending Review on 25 November, which will lay out the government’s spending plans for the year ahead.

Dominic Phinn, who leads business engagement on air pollution at ClientEarth, said: “The government has announced a slew of ambitious reforms to tackle the climate and air pollution crises. Businesses now want to see if this is going to be backed up by a clear roadmap with incentives, regulation and funding. This would allow them invest in cleaner forms of transport with confidence.”

In the letter, the group is calling for:

Phinn added: “We need to be honest: some businesses are opposing the inevitable direction of travel. But there is also broad appetite in the UK business community to fight against the negative impacts of air pollution. This action plan has real teeth and if the government takes it up, businesses will have the clarity they need to move forward with the transition.”