UPS (NYSE:UPS) have introduced a new line of range-extended electric vehicles (REEVs) to its fleets serving Birmingham and Southampton, UK, to overcome the range limitations of pure electric vehicles within the logistics industry. 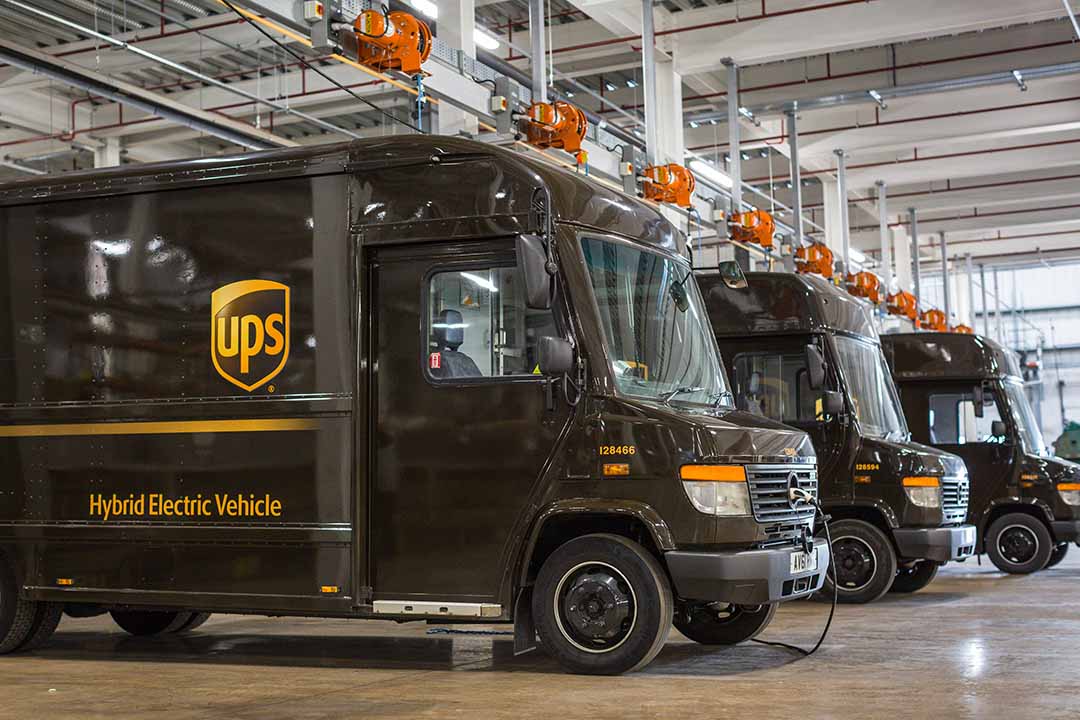 “This is a big breakthrough for our continued use of electric vehicles in the UK – and for the communities we serve,” says Luke Wake, director of automotive engineering & advanced technology, UPS International. “The range jump from 100km to 400km is the result of UPS’s latest collaboration with TEVVA. We can serve our customers with lower emission, alternatively-fuelled vehicles in places beyond the reach of existing pure electric vehicles at this weight class. Since 2009, UPS has invested more than $1 billion in alternative fuel and advanced technology vehicles and fueling stations globally. But news like this really brings home the evolution of our rolling laboratory – you can now actually see progress like this out on the roads in and out of Birmingham and Southampton.”

“Commercial vehicles account for 27% of transport related CO2 and 5% of total greenhouse gas emissions on Europe’s roads. EU legislation says that this needs to be cut by 15% by 2025 and 30% by 2030, and Net Zero in the UK by 2050,” said Richard Lidstone-Scott, commercial director, TEVVA Motors Ltd. “What that means is that the electrification of the medium duty truck sector is inevitable, yet many firms and OEMs are still scratching their heads about how and when to make that happen. At TEVVA we already have viable technology, proven in real-world trials, which can help companies like UPS reduce emissions to almost zero without compromising their business-critical ability to carry full payloads. What’s more, we’re already working on new technologies to make our solution more efficient still.”

The REEVs use geofencing technology to automatically switch to pure electric mode when reaching a predetermined boundary, such as prior to entering an urban environment or clean air zone. This same technology allows the vehicle to switch to the on-board Range Extender that utilises a significantly smaller and efficient diesel engine to recharge the battery, such as on the motorway connecting neighbouring towns and cities or to make a journey back to the UPS depot.

The vehicles were developed in conjunction with electric vehicle specialists TEVVA and part-funded by The Office for Low Emission Vehicles (OLEV) and Innovate UK. They form part of UPS’s “rolling laboratory” strategy to develop a variety of alternative fuel vehicles, using continuous evaluation and experimentation to ensure that the company reduces its carbon footprint with solutions best suited to each specific environment.

The new vehicles solve a problem faced by many companies operating in cities, including Birmingham and Southampton, where warehouses and depots are often based further from the city centre. The current generation of 7.5 tonne electric delivery vehicles have an average range of 100km, which is often not far enough to reach urban drop off points. Instead, the REEVs can travel an average combined power range of 400km, whilst still ensuring they make zero emissions within the urban areas on their routes.

With a cubic capacity of 23M³, the REEVs also maintain the operational efficiency of high-volume package delivery vehicles. This avoids the need for a greater number of smaller capacity electric vehicles carrying the same number of packages, in turn reducing congestion on the roads.