UK 2nd cheapest country in Europe to own an electric vehicle 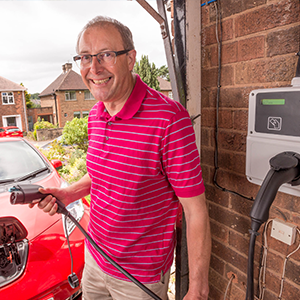 LeasePlan has released its annual Car Cost Index, with the latest analysis revealing that compared to 2018, there has been a sharp decline in the price differences between electric cars and petrol/diesel vehicles across the European markets.

Across all vehicle types, the UK sits under the average total cost of ownership (€617) at €602, with Eastern European countries including Romania, Slovakia, and Czech Republic ranking cheaper.

Alfonso Martinez, Managing Director of LeasePlan UK said: “This year’s Car Cost Index has shown that electric vehicles are increasingly becoming a rival option to traditionally fuelled vehicles, as costs are continuing to fall and legislation, such as the Company Car Tax announcement from July, is now actively encouraging drivers to look for electric alternatives.

“The issue around supply, however, isn’t going anywhere. For the nation to see a real boost in the uptake of electric vehicles, we need reassurance from manufacturers that these products will be available in the UK in shorter timeframes than what is predicted currently.”

Further key findings from 2019 are:

LeasePlan’s Car Cost Index is a comprehensive analysis of the costs of driving a small to medium-size car (B&C segment) in 18 European countries. It factors in all costs that motorists incur in each country, including fuel, depreciation, taxes, insurance and maintenance. 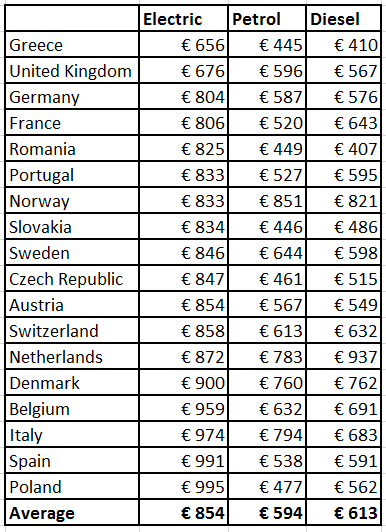 The LeasePlan Car Cost Index 2019 is available to download at https://www.leaseplan.com/corporate/news-and-media/newsroom