Renault electrifies its offers for July

Renault has unveiled its exciting ‘Electrify July’ sales event, which sees its entire range of electric vehicles available with an additional manufacturer contribution of up to £1,000.

Available to private and business customers, whether they are purchasing a new Renault EV outright or via the manufacturer’s many finance solutions, the contribution is on top of any existing offers. In July Customers of the Renault ZOE, Renault Kangoo Z.E., Renault Master Z.E. and Renault Twizy can take advantage of the extra contribution until 31st July 2019.

The ‘Electrify July’ offers are designed to make switching from traditionally-engined vehicles to EVs even more attractive, allowing motorists and businesses to reduce both their environmental footprint and driving costs. For example, as well as providing savings on fuel, all Renault EVs are exempt from the annual road fund licence plus the London Congestion Charge. They’re easy to use too, all Renault EVs being straightforward in operation and offering a wide variety of charging options.

‘Electrify July’ is another illustration of how Renault is striving to introduce more and more people to the merits of EVs and builds on its status as Europe’s number one manufacturer of electric vehicles for the fourth consecutive year. 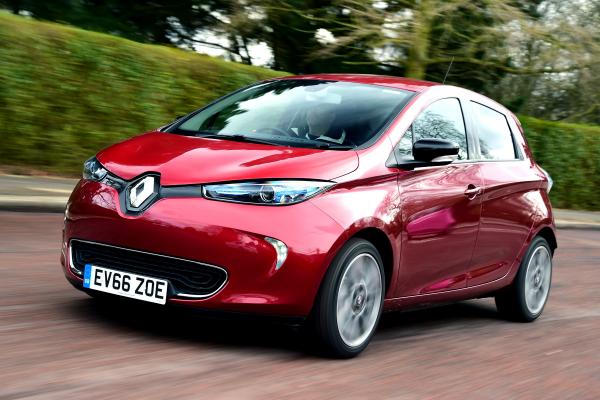 Leading the ‘Electrify July’ charge is the Renault ZOE, which through the offer is now available with an additional £1,000 contribution. Including the offer, the Dynamique Nav model is available from £17,420 and the S Edition version from £18,270 – making the ZOE the most affordable new four-seater EV in the UK. The price also includes the £3,500 Government Plug-in Car Grant, while battery rental starts from as little as £69 per month. There’s also the full battery purchase option with no monthly battery payments that allows outright ownership of the Dynamique Nav for £24,020 and the S Edition for £24,870.

Finance customers who purchase their ZOE during July can drive away the stylish hatchback for as little as £199 per month, with battery rental from £69 per month, after placing a deposit of £2,855. This four-year, 4.9 per cent APR representative* PCP deal features a total Renault contribution of £2,550, including the extra £1,000 that is available as part of ‘Electrify July’.

Even better, Renault can offer a significant number of ZOE from stock, ensuring that customers can start enjoying the environmental, financial and driving benefits of all-electric motoring as soon as possible.

Whatever Renault ZOE customers opt for, they can rest assured that they are buying one of the best EVs available. The five-door supermini has won multiple awards since its introduction in 2012. In January the Renault ZOE won ‘Best Electric Car for under £30,000’ at the What Car? Awards for the sixth-consecutive year. It was also named ‘Best Used Electric Car’ by DieselCar and EcoCar’s Used Car Top 50 2019. 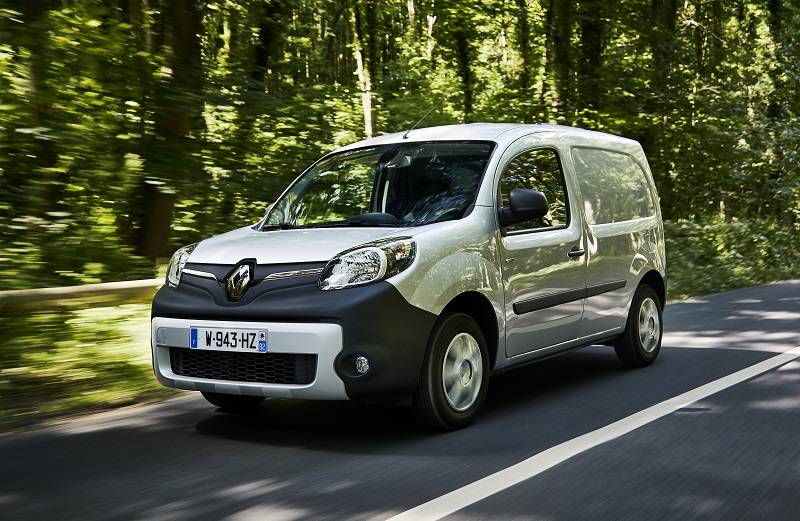 Offering a payload that is very similar to its diesel counterpart, the zero-emissions-in-use Renault Kangoo Z.E. 33 is available with an additional £500 Renault contribution. After the offer and the PiVG (Plug-in Van Grant), the versatile van is priced from £17,892 ex. VAT.

‘Electrify July’ sees the Kangoo Z.E. 33 available for only £214 per month on a 6+47 lease deal, making the versatile LCV even more accessible to business users.

It is powered by the R75 (60hp) electric motor that provides a real-world range of up to 124 miles, which can typically be fully charged for only £5. All trim levels benefit from electric windows and mirrors and a Bluetooth-equipped stereo, plus working essentials such as a steel bulkhead for the load area, sliding side doors and wide-angle hinged rear barn doors. A choice of Panel Van, Crew Van and Crew Van Cab versions ensures there’s a Kangoo Z.E. 33 to suit the needs of all customers. 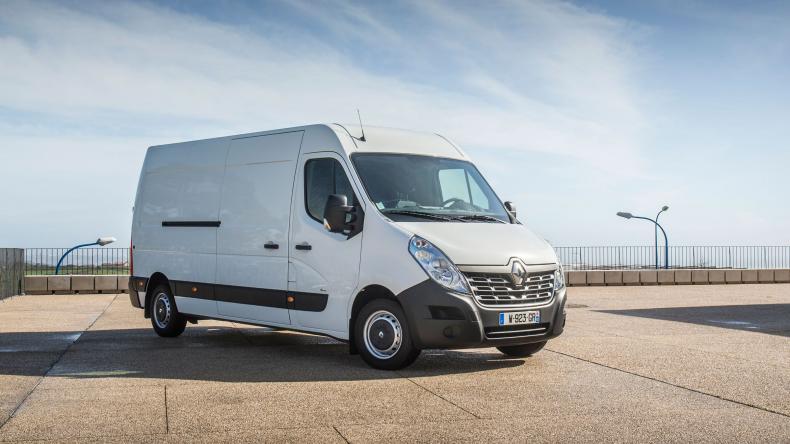 The larger Renault Master Z.E. also comes with an additional £500 contribution until the end of July. Powered by a 76hp electric motor, the Master Z.E. can cover up to 75 miles in real-world driving conditions on a single charge. Particularly suited to last-mile deliveries in often congested and emissions-regulated urban environments, the award-winning Master Z.E. can accommodate a payload of up to 1,100 kg and is available in a trio of wheelbases – short, medium and long – with, depending on the version, a choice of two roof heights. After the offer and the PiVG (Plug-in Van Grant), the Master Z.E. costs from £45,900 ex. VAT 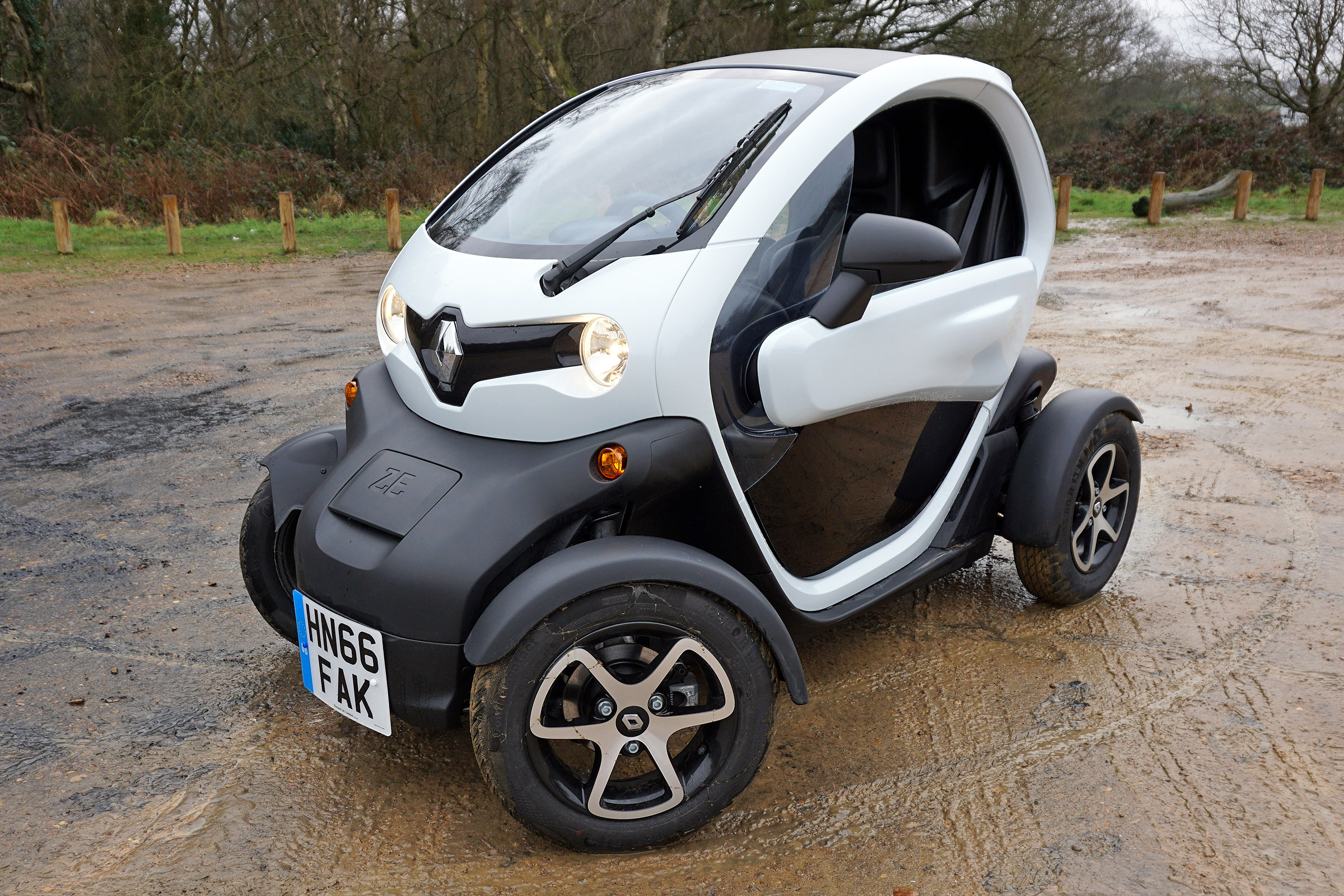 Completing the ‘Electrify July’ event offers is the Twizy, which comes with an extra contribution of £250. After the offer, the innovative quadricycle is available from only £6,745. A flexible range of battery hire options add to its affordability, with monthly payments starting from as little as £45. The distinctive two-seater utilises a 17hp electric motor and has a range of up to 56 miles. To make the Twizy even more eye-catching there are also numerous personalisation options, including a wide range of bold colour finishes.

The Twizy Cargo, which replaces the rear seat with a handy, lockable 180-litre storage compartment, also attracts the same £250 contribution. Including the offer, it costs from £7,745 inc. VAT. It provides businesses with a distinctive, highly affordable way to make last-mile deliveries and is particularly suited to inner city couriers and food delivery services.