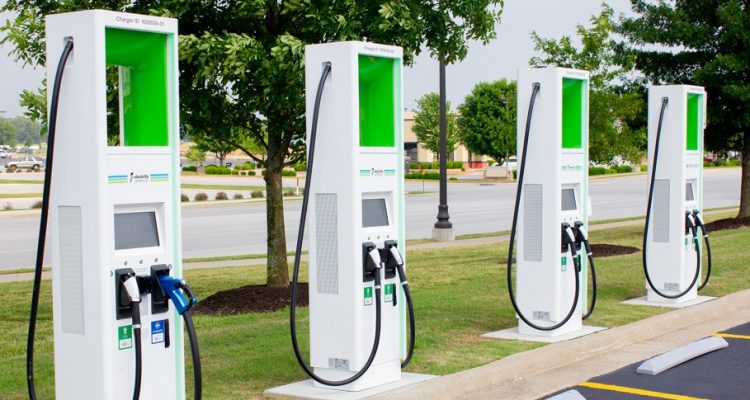 Plugging the gap between EV sales and charge points

Electric vehicle sales in the UK continue to reach new heights, but they could be outpacing the speed of infrastructure needed to support and power them.

190,727 battery electric vehicles (BEVs) were sold in 2021, a significant rise of more than 76% compared to 2020, and they continue to overtake sales of new and second-hand diesel vehicles.

The commonly-heard issues of battery range, price, and even health and safety issues are clearly going ignored by a market eager to make the switch to green energy.

However, the speed in which electric vehicles are being sold could actually be too fast for us to keep up with. The rapid rise of electric vehicles demands a convenient, widely available charging infrastructure network – something which the UK is lagging behind with currently.

The Society of Motor Manufacturers and Traders predicts the UK will have to install more than 700 charge points every day if it’s to achieve the 2030 target of banning new petrol and diesel vehicle sales – significantly more than the 1,000 new connectors that have been installed over the past month – a mammoth task by any stretch.

There is also some uncertainty as to how many EV charge points are needed, and where they should be located – either at home, on motorways, or even in street lamps. There is also a North-South divide emerging, with more than half of public charge points located in the South and almost a third in London.

In order for its EV market to become more attractive to drivers, manufacturers, and businesses, the UK desperately needs to plug the gap between vehicle and infrastructure, in a sustainable and smart way.

What is the current state of the UK’s charging network?

Charging provision in the UK at present paints a complex picture. The UK’s charging network is continually changing, with new charge points being added daily, with over 18,600 locations having public charge points installed, as of February 2022.

As the Government pushes hard to achieve net zero within its desired timeframe, it is forcing the pace of EV adoption, banning new internal combustion engine sales from 2030 and requiring new homes to come with charging points.

It is, however, very much a case of less speed and more haste here, as simply increasing the number of charge points isn’t the only answer.

It is of course important, but we need to get smarter in how the charging experience is accessed and delivered, to ensure the maximum is gained from this inevitable switch. Otherwise we’ll end up vehicles queuing, waiting to charge up – which will inevitably damage consumer confidence, in what is the future of driving!

So what is being done to improve the situation? Both the government and private sector all have a key role to plan in the electric vehicle revolution. This is not a case of one waiting for the other. 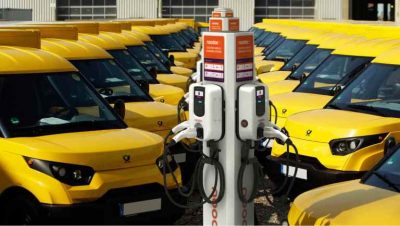 What plans are there to improve the situation?

The government has implemented a suite of attractive incentives, such as electric vehicle charger grant schemes for homes, workplaces and on-street charging points, running until 2024/25.

Electric vehicles are, for the moment, exempt from road tax, with drivers not having to pay fuel duty. Which is a great incentive to own and run an electric vehicle, however as a recent BBC report as outlined, the two levies combined produce around around £35bn a year to the UK economy, making this definitely one to watch.

In addition, regulations announced last November mandate that new homes built in England during 2022, as well as other buildings, such as supermarkets and buildings undergoing major renovation will be required to install EV charging points.

These new regulations should see up to 145,000 extra charge points installed across England each year in the run up to 2030, when the sale of new petrol and diesel cars will end in the UK.

This all sounds great, however, a massive challenge remains for the roughly 40% of households with no off-street parking. This is one of the key areas where both the private and public sector should work together to find ways of addressing the charging gap. It may not be all about installing expensive, juice-thirsty rapid charging points.

There is a current danger of providing drivers with a potentially unrealistic charging experience.

For example, with Shell opening the UK’s first ‘EV hub’ in London, drivers can achieve full batteries within 30 minutes, which may be roughly in fitting with combustion engine fuelling, but sets a potentially tricky precedent, as DC charging draws power directly from the grid, which is more expense for the driver, as well as putting immediate strain on the grid.

Here, private and public sectors should work together to fully explore AC charging points becoming the norm. Whilst t AC charging may not be as rapid as DC charging, it requires a significant amount more power from the grid than AC charging, resulting in costlier charging tariffs, as well as placing an immediate strain on the grid.

However, the solutions may not just be about building more charge points as quickly as possible, but thinking long term about the charging infrastructure and the way in which electric vehicle owners charge up.

For example, businesses, regardless of their size, have an opportunity to install charge points without significant upfront investment, through making smart use of publicly available grants.

If these businesses then are able to make these available for public use, it provides a really smart way of tackling the mammoth task of setting up some 700 charge points a day. In-fact, this figure may even reduce.