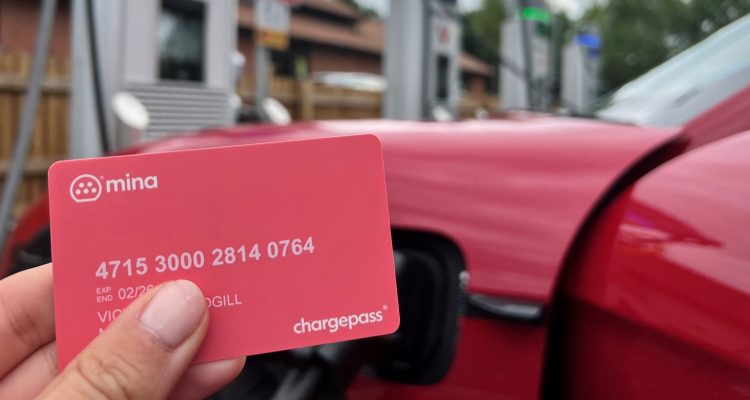 Known for their award-winning solution which makes paying for EV charging radically simple for businesses, Mina has today announced its Chargepass network expansion in a partnership with leading public charging operator InstaVolt.

InstaVolt is one of the largest public rapid charging networks in the UK with almost 1,000 charge points energised or in construction. Offering a truly nationwide network at convenient locations such as Costa Coffee, McDonald’s and Booths Supermarkets, the network is expected to grow by a further 500 charge points in the next 12 months. The company also has plans to introduce higher powered chargers into its network later this year, capable of charging at speeds up to 160kW, reducing charging time for drivers and further enhancing the experience for those charging on the road. 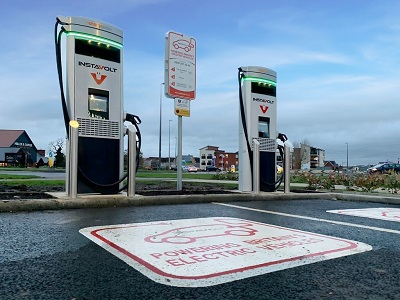 The partnership comes as EV demand continues to grow and offers businesses transitioning to electric fleets throughout the UK, a reliable roaming network for their drivers when charging their company EVs on the road.

The Mina Chargepass, a single RFID card, doesn’t require any app downloads or payments from the driver. Instead, a single monthly VAT invoice is sent to the business covering all charging costs for their entire fleet whether charges have occurred in public, at home or in the workplace. Businesses have a full overview of their fleet’s charging behaviour in the Mina Fleet Portal, including carbon insights, allowing them to manage their drivers’ charging activity on just one platform.

Businesses wanting to offer their drivers fast and reliable access to public charging can self sign up to Chargepass within just two minutes, giving drivers access to the UK’s largest dedicated business network within just days.

Ashley Tate, CEO and Co-founder at Mina commented: “Minimising downtime while charging in public is the number one priority for fleet operators. Our partnership with InstaVolt now gives our Chargepass customers access to the most liked and most reliable network in the UK and further reduces the risk of drivers not being able to charge during busy periods.”

Adrian Keen, CEO at Instavolt added: “For the past five years, InstaVolt has been setting the standard across the UK for EV charging infrastructure and driver experience and I’m proud that we consistently top user surveys for ease of use and reliability, both of which are important to businesses and fleets making the switch to electric. We’re delighted to be establishing our presence further with Mina and making business travel easier and more reliable for EV drivers across the UK.”

This year, InstaVolt was named the UK’s best public charging network by Zap-Map for the fourth consecutive year and was awarded EVIE “Private Sector Infrastructure Strategy of the Year” for the second year in a row.