In the immediate aftermath of the government’s announcement that its ban on new petrol, diesel and hybrid cars would be brought forward from 2040 to 2035, the UK saw an immediate spike in online searches for electric cars. If we needed another indication that drivers have grown comfortable with the idea that they will be driving electric in the near future, this was it. 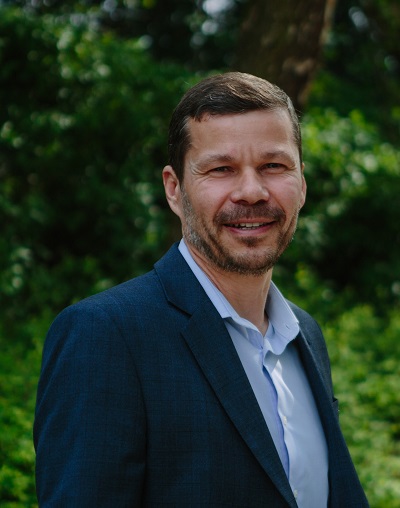 But although the focus for many is the cars themselves, the more pressing problem is now the infrastructure required to keep them on the road. Without details of legislation or policy levers, we cannot say how the government proposes to create the charging network that will be required, or indeed where the burden for providing it will fall. What we can say is that such a network must now become an urgent infrastructure priority.

The infrastructure issue is not just one of numbers. As of August 2019, there were already 9,199 electric vehicle (EV) charging stations across the country. That compares to 8,396 standard fuel stations. However, this is for what is still a fairly niche market. Many of those charging stations will be for the exclusive use of the car owner, who will typically also be a homeowner with sufficient private land on which to park and charge their car.

In high-density residential areas, it is simply not feasible for every property to have cables running from their electricity supply to their vehicle. National Grid points out that with 20 million EVs on the road there will be at least 8.6 million vehicles that will not have the facilities for at-home charging.

Public charging stations will therefore be needed. Owners of petrol and service stations have already installed a number of charging points; and there have been some more creative solutions suggested. For example, using lamp posts that now have spare capacity from switching to LED bulbs, or commandeering other street furniture such as Virgin Media’s street cabinets. Imaginative though this is, it can only form part of the answer to the challenge.

To date, the fundamental problem has been a technical one. It takes approximately five minutes to fully ‘recharge’ a standard combustion engine with petrol or diesel. It’s easy, it’s convenient, and it enables both short and long-distance journeys.

In contrast, it can take up to eight hours to recharge an EV battery to 100 percent capacity using the conventional charging methods we already have. Even a marginal amount of charge can take between one and two hours. Early adopters get around this by charging their cars on their driveway overnight. But it makes mass adoption unlikely, with 45% of respondents to a Department for Transport survey saying the availability of chargers was a reason for not purchasing an EV.

Range anxiety and the potential inconvenience stops the proposal dead.

The solution lies in adopting ultra-fast charging capabilities and overcoming the problems of copper and, primarily, cooling.

Conducting the high currents involved requires thick, inflexible copper pipes, whose diameter alone makes them prohibitively expensive and inflexibly unwieldy. They are not suitable for public charging of multiple vehicles.

High currents also produce excess heat that means that they cannot be handled by car-drivers who need to charge their vehicle. The heat problem, and the lack of suitable cooling technologies is one of the main reasons that EV infrastructure has always operated on a low-current basis: air cooling, plate cooling and pipe cooling are all popular, but none offer the best possible solution for ultra-fast charging.

Interestingly, we need to go back to the very earliest days of EVs to find a more suitable solution. Immersion cooling was the early frontrunner for electric vehicles and the charging points. However, the composition was never right, and the proposed fluid was too heavy, adding weight to early vehicles that needed to be kept as light as possible to be as efficient as possible and so encourage take up.

In the intervening years, immersion cooling has moved on substantially. New dielectric fluids have been developed as liquid coolants that are suitable for the thermal management of high-performance electronics and electrical systems.

Because these fluids are non-conducting they can come into direct contact with electronic components and so transfer heat away directly – obviating the need for indirect or secondary cooling systems like cold plates and heat sinks. Low pour points, non-toxic composition, and biodegradable characteristics simply add to their usability and environmental credentials.

As a technical solution, modern immersion cooling is, like many of the best ideas to pressing problems, simplicity itself. However, introducing it to charging stations, to EV batteries so that they can accept ultra-fast charge, and to the cabling connecting the two will require a little forward planning from here on out. It will mean a change in the current design and one that charging-station OEMs, utility companies and the auto-industry as a whole will want to take note of.

Some of the best and most experienced brains in the country have solved the technical challenge. It’s now up to the rest of the industry to get the wheel turning to roll it out.