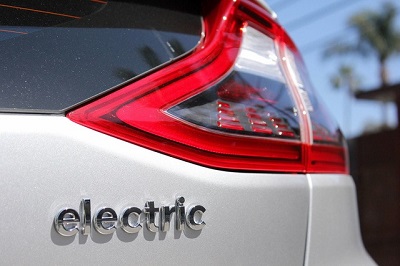 The study shows key barriers to EV adoption include lack of education, infrastructure and higher cost

Just over half of over 55s (54%) class the technology as experimental and 7 out of 10 deem it unproven. Even with an improvement in technology, less than a third (28%) would consider buying an EV. In contrast, the most receptive group are 18–24 year olds with 2 out of 3 interested in EVs, yet fewer than almost nine out of ten of them saying they wouldn’t consider purchase. Style of EV is all-important to over half of them.

Lower running costs (63%) and being better for the environment (64%) were the biggest benefits for two thirds of the audience overall, with the latter being most important for an under 25 audience and the former for the over 25s. However, performance isn’t an issue, with just 20% saying they believe performance be a barrier to purchase.

There is no desire for space-age designs with the majority of respondents wanting EVs to look like normal cars. Interestingly, despite the perception of EV’s being a mode of transport most appealing to city dwellers, there is an interest towards EV in towns (59%) and villages (55%). This is in contrast to just 3% more in terms of level of interest in cities.

Russell Kearney, Head of Automotive at Encore Digital Media, comments: “Instead of brands simply announcing they’re going electric, investment in educating on the benefits and myth busting the negative perceptions is vital.”

“While performance concerns with EV aren’t as prevalent as expected, concerns on range and infrastructure are coming through loud and clear. Brands need to offer different ways to alleviate these issues such as longer test drives or charging installation. The three distinctive age and life stage groups give brands a great starting point as they need to target these segments with clearly different strategies and messaging.”

“At the moment, there are just too many risks and unknowns that the average car owner has to overcome before taking the step to an EV. Whilst this is a problem, it also presents brands with a great opportunity to take the lead in educating drivers on the benefits of alternative fuel in order to replace the decline in sales of traditional fuel types.”

For full survey results and more information please contact either Jessica Morgan or Stephanie Palmer on: