Watchdog urges for better real-time information about delays on roads 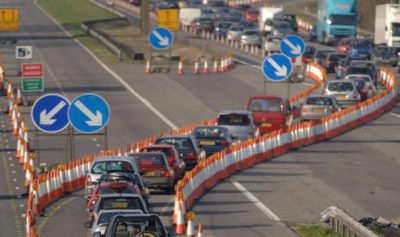 Launching the report, Anthony Smith, chief executive of Transport Focus said: “This research confirms that people using motorways and major ‘A’ roads want better information – especially during unexpected delays – so they can make informed choices that put them more in control of their journeys.

“This study also underscores what we know from the Strategic Roads User Survey: that on the routes it manages Highways England needs to give road users more advanced warning about problems, whether caused by planned roadworks or unexpected delays and diversions.”

The first study ever to focus specifically on road user information requirements in the broadest sense suggests that Highways England needs to improve information on major ‘A’ road – which users felt was not as good as on motorways. It should also look to increase road users’ awareness of when they are using a road that is managed by Highways England in a safe, cost-effective way.

The research suggests that Highways England should consider whether its long-term role is that of the trusted supplier of high-quality ‘single source of the truth’ data to third parties who will provide push and pull information for road users.

As part of a wider campaign to improve road user information, Transport Focus will engage with Highways England and the Office of Rail and Road to ensure that the insight gained from this study is used to drive improvements in the provision of information to road users.