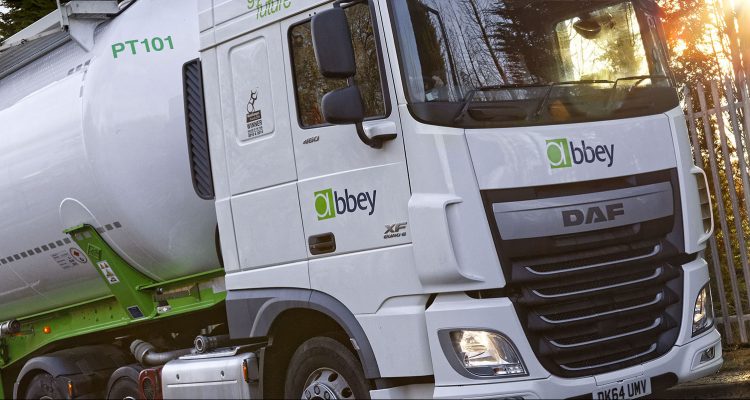 To support drivers looking to make the transition from Class 2 to Class 1 driving, road tanker company Abbey Logistics launched an earn while you learn training programme earlier this year to make obtaining a Class 1 licence easier, and more convenient for drivers.

Achieving a Class 1 licence can be a costly and time-consuming endeavour, so the training programme Abbey delivers offers drivers a salaried position throughout the training and guarantees a Class 1 driving role with Abbey, on successful completion of the course.

From Abbey’s first round of trainees, three new drivers joined the business after successfully passing the course and getting their Class 1 licence. Russell Hall and Suzanne Chisnall have both started work at Abbey’s Manchester depot in its Liquids division and Bradley Neild now works in its Powders division from their depot in Middlewich.

Commenting on his new role, Russell Hall said: “I was a little apprehensive at first to leave a secure well-paid job for a new position which depended on me passing my Class 1.

“Thankfully I passed my Class 1 and completed all the training with ease and really enjoyed my time on the course and learning new skills from Abbey’s Driver Training Team.

“Six weeks on, I now have my own Volvo, I work 4 days on 4 off and I’m absolute loving it. I definitely made the correct decision, and I’m now earning a good wage with a company that respects and looks after its employees. Living the dream!”

The training course is led by Abbey’s own JAUPT accredited training team and supported by one of the company’s training providers. It is a mix of classroom-based theory and practical, on-the-road learning. 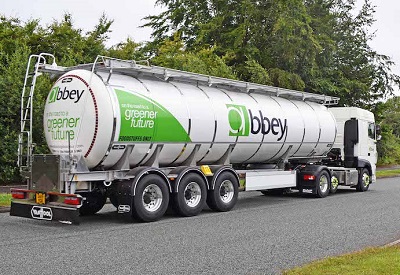 Once qualified, drivers are supported by an experienced driver mentor for several months and they receive further in-cab and loading/unloading procedures training, gaining valuable experience in the specialist products Abbey carries.

Abbey says that since the course was launched, they have received a great deal of interest from Class 2 drivers keen to obtain their Class 1 licence, and thanks to the demand the course has generated, the company has increased the number of drivers they can train on each intake and have courses planned well into 2022.

Matthew Parry, Abbey Logistics Driver Training Manager said: “The shortage of qualified HGV drivers in the U.K. is a challenge every company in the industry faces.

“Traditionally, obtaining a Class 1 licence is costly, takes time and there is no guarantee of a driver passing their test after their considerable investment.

“Our course acknowledges this and is designed to take away some of the barriers that prevent highly skilled drivers from ever taking their Class 1 test.

“We are delighted that the course has proved so popular and the feedback we have had from drivers has been fantastic. We now have a pipeline of highly talented Class 2 drivers either in training or booked on one of our courses and we will support as many drivers as we can to achieve their Class 1 licence.”