There has been a lot of reaction to the government’s decision to temporarily relax the drivers hours rules in an attempt to address the serious problem with HGV driver shortages. Much of this response has been negative as it goes no where near to solving the root of the problem. The pandemic has, over the past 18 months or so, has caused many problems in the supply chain, IR35 tax changes have made drivers consider whether continuing id financially viable, but the biggest contributing factor has been Brexit which has meant that many European drivers have decided to leave and return to their home countries leaving transport companies with fleets of vehicles with no-one to drive them. Does anyone in government actually understand how supply chains work?

The following comments are a flavour of the general response to this government’s decision.

Business group Logistics UK has reacted with dismay at today’s (7 July 2021) announcement of the continued relaxation of drivers’ hours legislation until 8 August 2021, which governs the length of time which HGV drivers are legally expected to work.  As James Firth, the organisation’s Head of Road Freight Regulation Policy explains, the announcement will heap more pressure on drivers who are already stretched to the limit to deliver for UK PLC: “Government has ignored the industry in deciding to relax these road safety laws,” he explains, “and it will be the hard-pressed HGV drivers on our roads who have to carry the burden.  Throughout the pandemic, the UK’s professional drivers have kept our shops, homes and businesses supplied with everything needed to keep the economy going, but the current workforce cannot be expected to fill the gaps created by the current skills shortage. The road freight industry vehemently opposed the extension of these vital road safety laws, yet the government has ignored the will of those who will be most affected by the changes. 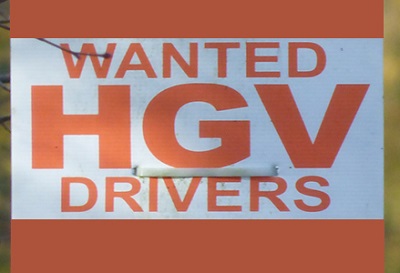 “The logistics sector has been experiencing a significant shortage of drivers for a number of years, but this situation has been exacerbated by factors including the Covid-19 pandemic and Brexit, which has seen many EU workers return to their home countries.  The industry needs a longer-term solution to the recruitment of drivers – including temporary visas for EU workers to cover the gaps while new recruits can be trained, and interest free loans for those wishing to enter the market – not a stop-gap measure that will heap more pressure on existing workers.  The relaxation of drivers hours should only be used in an emergency situation, when a foreseeable end date can be identified – or is the government suggesting that the current shortage of drivers will be resolved by 8 August?”

Before the pandemic and Brexit, logistics was already experiencing a shortage of around 76,000 drivers, and Logistics UK now estimates the shortfall to be approximately 90,000 workers.  As Mr Firth continues, the industry is certain that an extension of drivers’ hours will not have the required impact and could be detrimental to the existing workforce; “Existing drivers have been working flat out since the start of the pandemic, and this could be the final straw for many of them. Instead of trying to paper over the gaps, government should be working with industry to produce a plan to support moving drivers through the current bottleneck of HGV driving tests and support potential new entrants to the industry with the expensive process of acquiring a professional driving licence. Industry met with Transport and Work & Pensions ministers to discuss the situation on 16 June but no plan has been forthcoming to date – extending working hours is untenable and not the solution to the wider issue. Logistics businesses need and deserve answers, not wallpapering over the problem!”

Logistics UK is one of the UK’s leading business groups, representing logistics businesses which are vital to keeping the UK trading, and more than seven million people directly employed in the making, selling and moving of goods. With COVID-19, Brexit, new technology and other disruptive forces driving change in the way goods move across borders and through the supply chain, logistics has never been more important to UK plc. Logistics UK supports, shapes and stands up for safe and efficient logistics, and is the only business group which represents the whole industry, with members from the road, rail, sea and air industries, as well as the buyers of freight services such as retailers and manufacturers whose businesses depend on the efficient movement of goods. For more information about the organisation and its work, including its ground-breaking research into the impacts of COVID-19 on the whole supply chain, please visit logistics.org.uk

Rob Wright, executive director of international supply chain and logistics consultancy SCALA Commented; “Driver shortages are a problem the government should have foreseen, given that there has been a UK driver shortage for more than 10 years, largely filled by EU and Eastern European drivers. 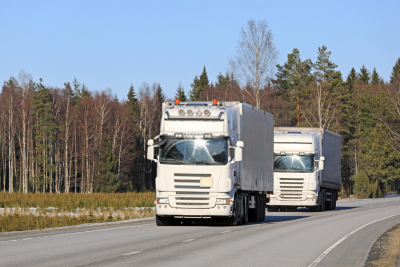 “Nearly ten per cent of all UK workers work in logistics, a growing sector which is vitally important to the UK economy, as was particularly the case during the past year’s enforced lockdowns. This shortage is an early test of the government post-Brexit immigration policies, which prioritise high-skilled immigration as there are significant doubts that domestic recruitment could fill the gaps in the short term.

“The long-term solution is multi-faceted, with short-term solutions such as removing constraints on driver hours – which were introduced for very good health and safety reasons – a backwards step. We do not want tired drivers of heavy goods vehicles on our roads.

“Instead, we need major investment in driver training to address the backlog caused by 28,000 cancelled HGV driving tests during COVID-19. Funding is also required to promote logistics as a more attractive career choice – particularly with appropriate pay and benefits given many drivers have to work unsociable hours, including nights away spent sleeping in cabs, for longer journeys.

“We must also do more to address the distinct lack of women drivers (around 5% of HGV drivers are women). While historically driving could be very physical work, vehicles no longer require the physical effort of the past, with mechanisation and automation having greatly reduced the physical loading and unloading elements.”

RHA Chief Executive, Richard Burnett said: “We oppose wholesale extensions to drivers’ hours as we believe they can be counter-productive by making the job less attractive. Loading more hours on to drivers that are already exhausted is not the answer – the problem needs more than just a sticking plaster.

“Ministers should be mindful that road safety is the reason HGV drivers’ hours are limited. Relaxing them should only be used as a last resort to resolve short-term issues that cannot be addressed in other ways.”

“We have offered ministers a range of short, mid, and long-term solutions in our 12-point plan to tackle the crisis, including better support for training and apprenticeships, improved on-road facilities, and temporary visas for overseas drivers.”

It should be recognised that the industry is seeing driver pay rates increase as the shortage gets worse. In many cases these rises are substantial. Suppliers and retailers should be prepared that these additional costs will be passed on.

“Drivers are already overworked and exhausted,” she said. “The answer is not to work the key workers into the ground – it’s to recruit and retain new ones.

“In the short term, government should allow EU truckers to return and stop the DVLA’s testing bottleneck.

“In the medium term, they should offer grants for future drivers for their training, improve driving conditions to attract and retain more into the industry and tackle diversity in recruitment.

“You cannot just ask drivers to work more. Accidents will happen. This has as much forward thinking as Smart motorways to stop congestion.”

Ian McIntosh, CEO, of driver training company RED Driver Risk Management:“It’s great to see the Government taking a pragmatic view to problem solving, although the question must be asked: from the perspective of road safety, if this is OK for one month, why are such hours not normally permitted?

“At the heart of it though is the issue that this extension of hours is a very short-term solution to a systemic failure by the Government to facilitate the retention of qualified drivers and attract enough new ones. The Government needs to find a creative solution to training more drivers and a good place to start would be to provide funding for training, as the cost of becoming a professional driver is an obstacle for many people.

“The transport and logistics industry is the lifeblood of our economy and daily lives. It’s time we had a strategic plan to deal with these issues.”

Vikki, a partner and Head of Road Transport and Logistics at DWF, said: “In my view, relaxing driver’s hours even temporarily undermines the importance of drivers hours rules, which are enforced so strictly in the name of road safety.

“In extreme cases, extended hours could even leave drivers and their employers open to the risk of prosecution in the event of an accident, as falling asleep would be deemed at least careless and driving whilst knowingly tired is often considered dangerous driving.

“The temporary extension in working hours also does little to address the widespread shortage of drivers since an extra hour will only result in an extra 56 miles per day at an absolute maximum.

“Many of our road transport sector clients have been impacted by a loss of foreign drivers post Brexit. It’s unfortunate that the Government has not recognised HGV driving in its “Standard occupation classification code”, meaning that EU HGV drivers cannot apply under the skilled worker visa scheme, despite the labour shortage and this being skilled/professional work.

“The driver shortage is becoming even more acute as time ticks on, with many businesses reporting not being able to deliver stock on time. But driver shortages and an ageing driver population in the UK is not a new issue and we need to look at longer term solutions rather than a temporary fix.

“A greater focus on investment in training and on making driving a more desirable career among younger drivers could be the solution. As could reducing the cost barriers of entering the profession for prospective drivers seeking to gain their licence.”