Steve Gooding, president of the Chartered Institute of Logistics and Transport (CILT), has used the inaugural edition of transport and logistics event ITT Hub to urge the industry to nail down specific and immediate solutions to the driver shortage or risk accusations of crying wolf. 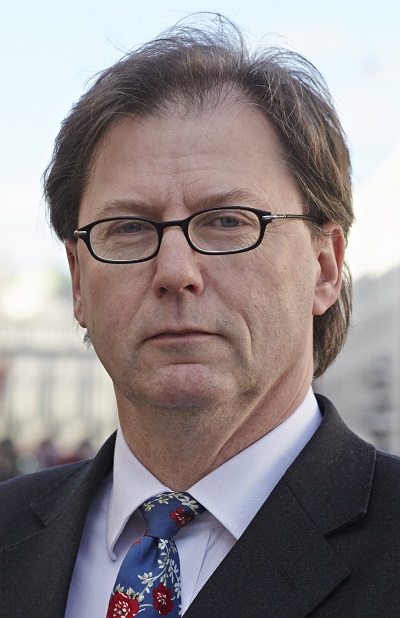 The UK is suffering from a shortfall of as many as 65,000 HGV drivers, exacerbated by Brexit, which prompted thousands of EU lorry drivers to leave the UK, the introduction of IR35 tax changes and the lack of driver training during the pandemic.

But speaking during a panel discussion on retaining talent in the sector at Farnborough International Exhibition and Conference Centre, he said: “We need to be clear on what can be done near term and what is the five- to ten-year strategy for getting us out of this downward cycle – and they’re different.

“If something needs doing in the next 12 months then reluctantly, I think we need to ask if we can bring some qualified people back into the sector, as happened with bringing GPs back during the Covid crisis? Can we do something to speed up the testing process? Can the DVSA help there?

“And are we going to be forced to think near term about changing the way we run our distribution activities? Maybe in the near term, to get the deliveries of what we want and where we want them, and as swiftly as we want them, we’ll have to do it with smaller vehicles and drivers who have less advanced qualifications?

“I’d like to see the bright ideas on a whiteboard, and someone needs to sift through those and say ‘what is the action this day?’

What can the DfT do, and if it was done how quickly is it going to filter through to us? Because this isn’t a problem with an overnight solution.”

Gooding – also a director of the RAC Foundation – blamed the shortage on, ”a migration of people, the changing business pattern of Europe-based companies and a change in the rules of self-employment”, which he said had “come together to create a vicious circle”.

“People hoped Brexit wouldn’t cause these problems,” he said. “But hoping, as Homer Simpson once said, is the first step on the road to despair.”

He warned that there was now “a material risk of the sector crying wolf if everything is turning up and the supermarket shelves aren’t empty”.

“I haven’t personally found it difficult to source toilet rolls since about the fourth week of the first lockdown,” he added.

“I’ve never heard anyone say, ‘we’ve talked about this problem, this is what we’ve done and this what we’ve fixed’,” she said.

“Is there really a pay problem? It’s interesting that we all think there is. There are some jobs in the sector where £60,000 for a driver is absolutely a standard wage. That is a really good wage! So maybe there are some bits of the sector where pay and conditions are wrong and some where it’s right and you’re blanketing the term for all those different types of jobs. Getting underneath is where the problem is. You’ve been talking about it a long time. You should have sorted it out by now.

“It’s quite difficult to dial up the crisis language,” she added. “It sounds a bit wishy washy. You have to turn the question around from there being a driver shortage because nobody wants to work in a sector with problems like that. Be more positive.”