Cox Automotive is reporting record-breaking demand for used LCVs at auction throughout August 2021 with no signs that figures are about to drop to normal seasonal levels. In fact, the company is warning that LCV supply will be the lowest the wholesale market has seen for over a decade, with many contracts for fleet and rental volumes extended from September 2021 to Q2 2022, as replacement vehicle shortages continue. 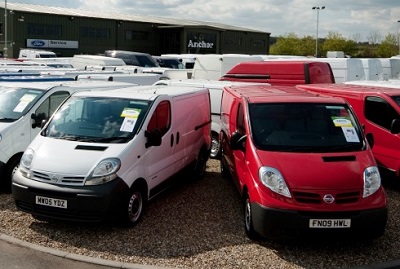 The average selling price today represents a year-on-year growth of 37% and a pre-pandemic growth of 63%.

Matthew Davock, Director of Commercial Vehicles at Cox Automotive, said: “We expected August to start slowly, as we reported this period had already begun in July. However, in the last 10 days, we saw a noticeable uplift in buyers returning from holiday and a strong appetite shown to buy stock. Our expectations were certainly exceeded when we saw the YOY and staggering pre-pandemic growth figures in black and white.”

Buyer numbers improved in August compared to July, with 667 individual buyers purchasing vans at Manheim auction sale events, representing a growth of 1.8% compared to the attendances recorded in the previous month. The August first-time conversion remained in line with July, as seven out of 10 sold the first time, tracking above the seasonal LCV norm.

Reflecting the demand for cleaner, emission zone compliant Euro-6 vans ahead of next month’s introduction of the expanded ULEZ zone, August’s stock profile was represented by 58% Euro-6 and 42% of Euro5 or older product.

Davock added: “Demand growth for Euro-6 compliant awareness, together with the ever-increasing challenges of new supply availability – continues to fuel performances of wholesale vehicles. During August, we saw used Euro-6 van average selling prices increase by a further 2.2% compared with July, to a record-breaking £13,722. These vans typically had an average age of 39 months and average mileage of 56,273 miles.”

Euro-5 and older stock prices continue to also show strength, with Manheim selling its August vans with an average selling price of £6,076, together with an average age of 92 months, and an average mileage of 98,024 miles. Davock added: “The price desirability in this segment of the market remains key in this area, as Euro-5 vans are on average, approximately £4500-£6000 cheaper to purchase than an equivalent Euro-6 van today.”

Speaking on retail price inflations, Davock said: “Studying today’s retail advertisements, a staggering 68% of stock advertised is £15,000 or more, and only 16% of the retail price market is under £10,000. It’s incredible how the van price dynamics have changed as approximately 72% of the stock advised before the pandemic would have been in the £3,000-£12000 price bands.”

August 2021 turned out to be very different from its typical ‘seasonal’ reputation. Dealer feedback suggested retail demand improved during August, with 62% of dealers reporting positive sales compared to July.