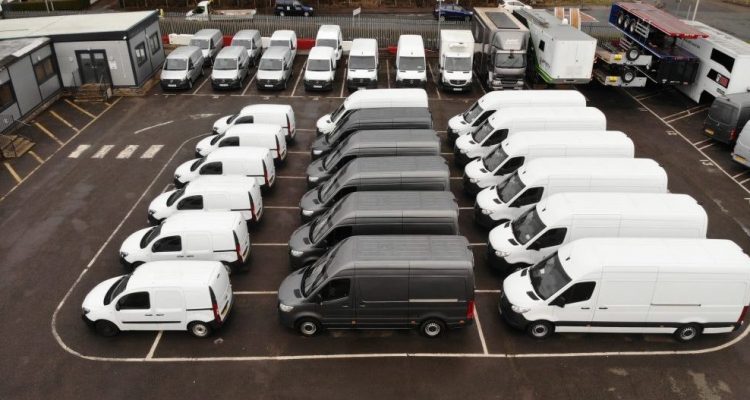 The UK new light commercial vehicle (LCV) market declined for the sixth consecutive month in June, falling – 23.0% to 20,449 units and rounding off a challenging first half of the year. According to the latest figures published today by the Society of Motor Manufacturers and Traders (SMMT), some 144,384 new vans, pickups and 4x4s were registered in the first six months of 2022, down by almost a quarter (-24.6%) compared with the same period last year, amid the ongoing global supply chain shortages, most obviously of semiconductors. 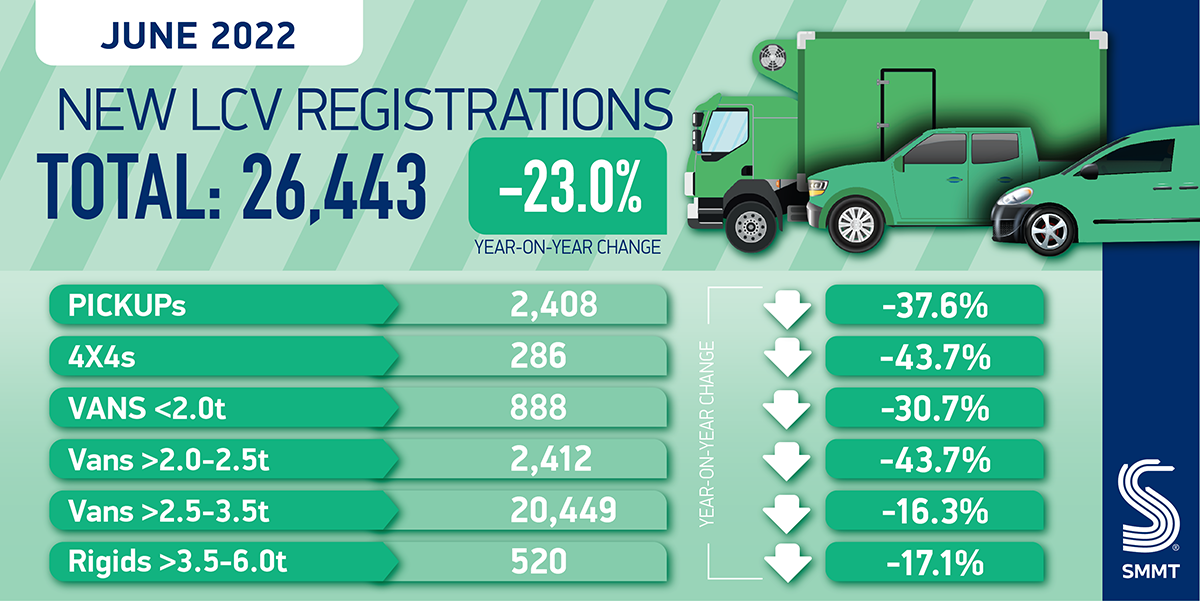 The half-year decline is, in part, exacerbated by comparison with 2021, which saw the third best start to a year as pent-up demand for online delivery vehicles and a bounce-back in the construction sector boosted registrations. While demand has been robust for most of this year, components shortages have impacted deliveries and lead times, with the market remaining -26.5% below pre-pandemic levels.1

Despite the ongoing supply challenges, growth in battery electric vans (BEVs) continued in June, up 52.4% to 2,015 units – a trend seen across the first six months of 2022, with registrations at 8,100 units, a 60.0% increase on the same period last year. 2022 has seen a raft of electric van model launches, as manufacturers prioritise production of their latest, greenest vehicles to meet growing demand from operators keen to make running cost and efficiency savings. Despite this, BEVs still represent only one in 13 new van registrations in the UK this year and, with ambitious zero emissions regulations coming into effect in 2024 and 2030, action is urgently needed to boost consumer confidence and ensure uptake is at the speed required for a successful transition. This means specific commercial vehicle charging infrastructure built ahead of need, in all regions of the UK, along with continued incentives for electric van buyers.2

Mike Hawes, SMMT Chief Executive, said, “The impact of the global shortage of semiconductors is severe, constraining supplies and extending lead times for commercial vehicles. While electric vehicle registrations are growing in response to an ever wider choice of plug-in models, a successful transition means accelerating uptake at pace, and this task could not come at a more difficult time. With inflation and energy costs hitting the pockets of UK van buyers, as well as the industry, operators need to be assured that charging infrastructure can meet their needs and that fiscal and grant incentives are in place for the long term.” 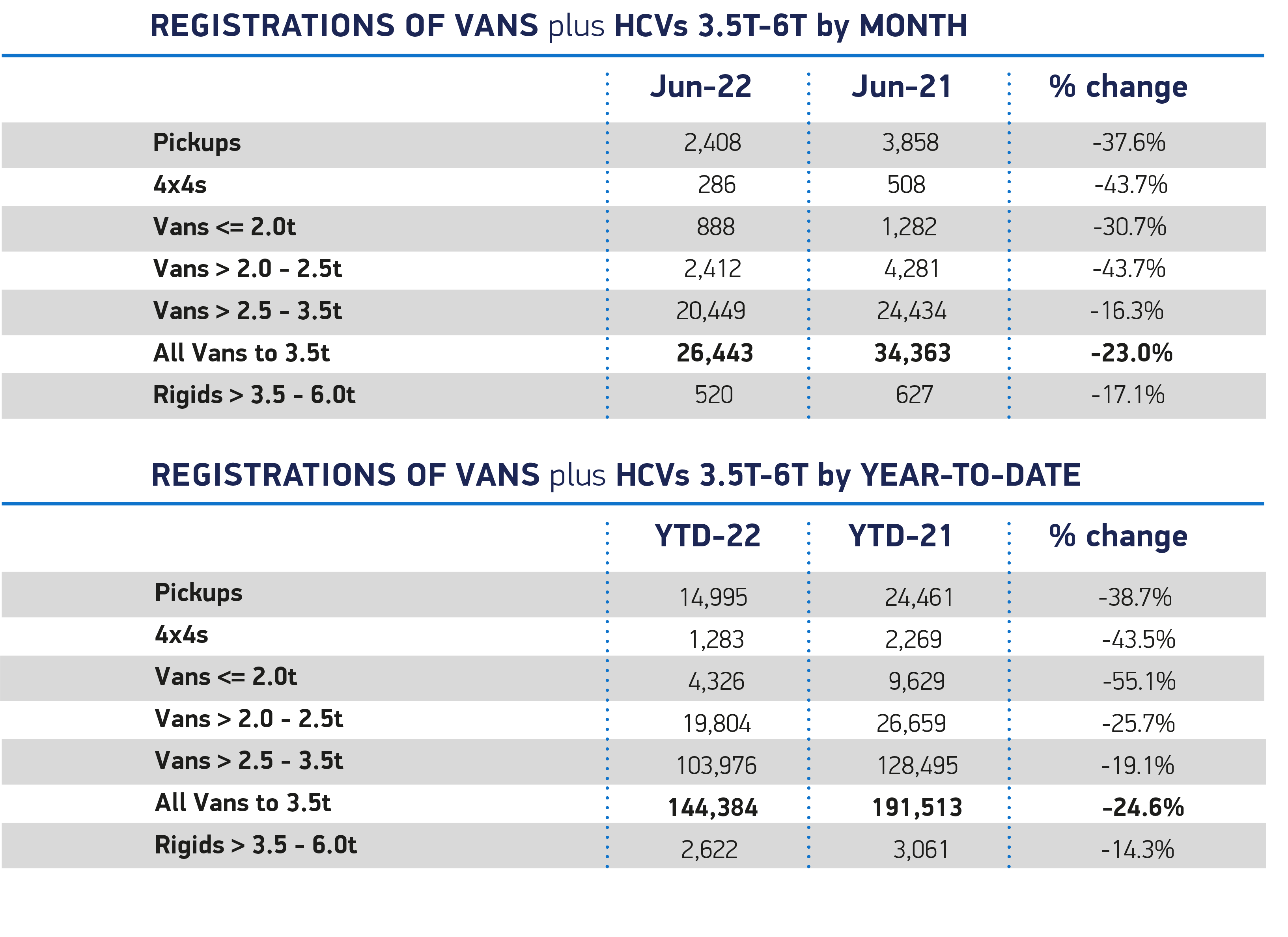 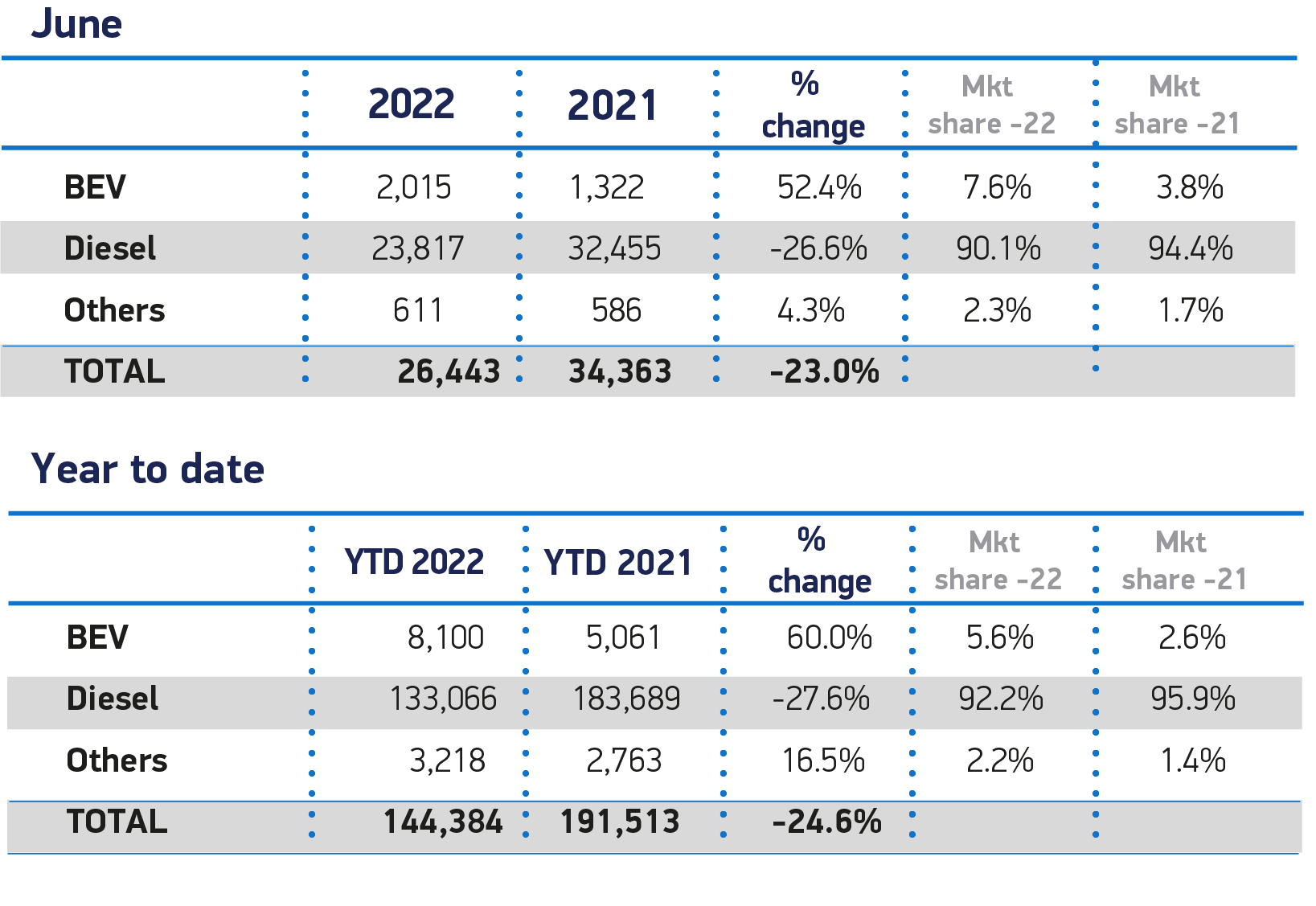 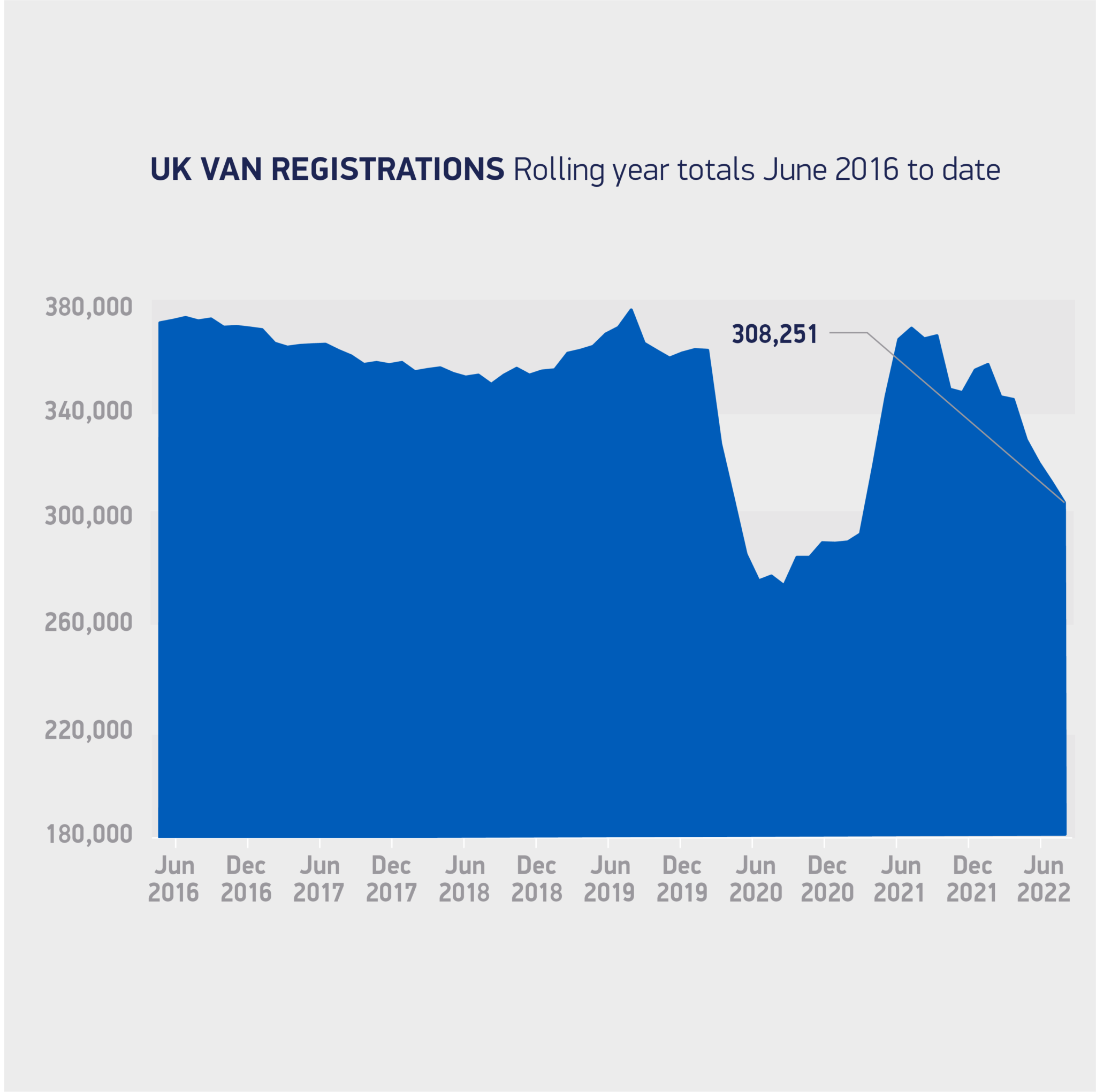