Insurance broker on a mission to create ‘Wise Van Man’ 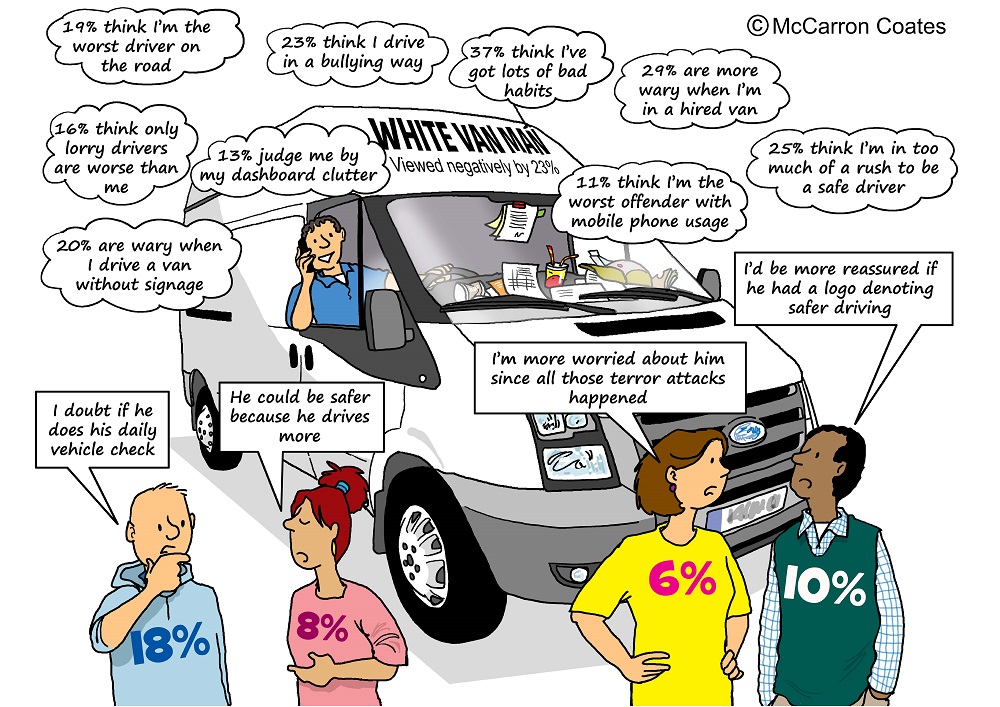 Using the results of a survey commissioned through Gorkana, which analysed the interaction between members of the public and van drivers or couriers in 22 different respects, McCarron Coates is seeking to drive change within courier and van fleets.

Ian McCarron, director at McCarron Coates, says: “Our survey sought to generate insights that can assist van fleet operators and individual van drivers wishing to improve their risk and reduce their insurance premiums.

“By focusing on how they are perceived and the actions they can take to change those perceptions, van drivers can become a better risk – one which is more attractive to insurers.”

The McCarron Coates research discovered that a third of consumers (37%) believe van drivers have “lots of bad and inconsiderate driving habits”.

Nearly one-in-five (19%) said they believed van drivers to be the worst on the road, whilst a further 16% felt only HGV drivers are worse than van drivers.

Additionally, a quarter (25%) of those interviewed believed van drivers are always in too much of a rush to drive safely and 15% feel that the increase in the number of couriers making deliveries has made towns and cities more dangerous.

23% say that the phrase ‘white van man’ conjures up an image of a driver typically inconsiderate to motorists, cyclists and other road users.  16% say van drivers have a poor public image and that is justified.

11% feel that van drivers are the worst offenders at using a mobile whilst driving and 13% are wary of a van driver with a cluttered dashboard.  Nearly a fifth (18%) doubt that van fleet operators do the daily vehicle checks that the law requires.

The survey also discovered that the average consumer has more trust in a van driver at the wheel of an owned vehicle, rather than hired van, and similarly in drivers with signed vans.

Notably, more than one in 20 interviewees are more wary of van drivers since vehicles started to be used in terror attacks, with this rising to 13% of those living in Greater London.

14% believe the owners of a fleet would be shocked if they knew how their drivers behave on the roads, whilst 13% say van drivers need to think about how their driving reflects on their employer’s – or their own – brand image.

McCarron Coates director, Paul Coates, says: “Our Wise Van Man research highlights the areas that fleet operators should be considering, to improve their drivers’ performance and behaviour on the road, increase safety and lower premiums.  However, it goes further than this, adding value by highlighting why fleets need to consider how driver behaviours affect their public image and brand reputation.”