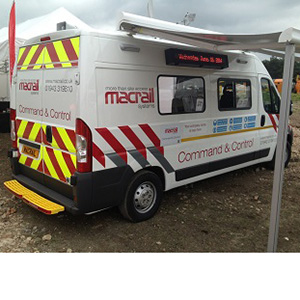 Clarks Vehicle Conversions have fitted a fuel-cell to one of their bespoke vans in a bid to create a greener source of energy for its on-board electrics.

The ‘command and control vehicle’ has been developed for MacRail who will be using it to provide site access control and reporting on railway track renewal operations and civil engineering works.

The Peugeot Boxer features an exterior matrix sign, PA speaker on the roof, a satellite for 24 hour Internet and a PC with a swivel LCD screen.

To power all of these electrical items on-board the conversion, Clarks’ engineers have installed an energy efficient fuel-cell to maintain charge on two standard auxiliary batteries. The fuel cell is considered to be greener because it uses a small amount of liquefied petroleum gas to raise its temperature and then re-uses its own heat to generate power.

Gary Stephenson, Engineering Manager at Clarks said: “Fuel cells are not often used in the van conversion industry but we aim to start using more of them on our vehicle conversions.

In addition to the fuel cell, Clarks has also developed a battery power management system which overrides the smart regenerative charging system on new vehicles.

“We have developed a battery power management system which overrides this function by ring-fencing some of the power from the alternator for the on-board electricity.” 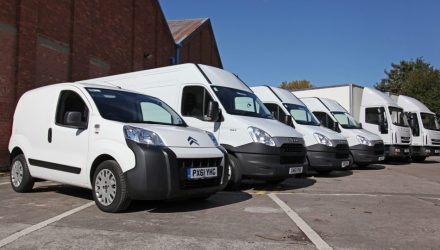 New van deliveries down in November

The UK’s new light commercial vehicle (LCV) market fell by -22.2% in November, with 24,352 of the latest vans joining Britain’s roads, according to the latest data from the Society of Motor Manufacturers and Traders (SMMT). While the scale

British van market down a f...