The used car market has turned a corner with cap hpi’s Live valuations seeing a positive average movement for the first time in 18 months. The 0.4% increase at three-years, 60,000 miles signals a welcome end to the heavy price drops experienced over recent months. 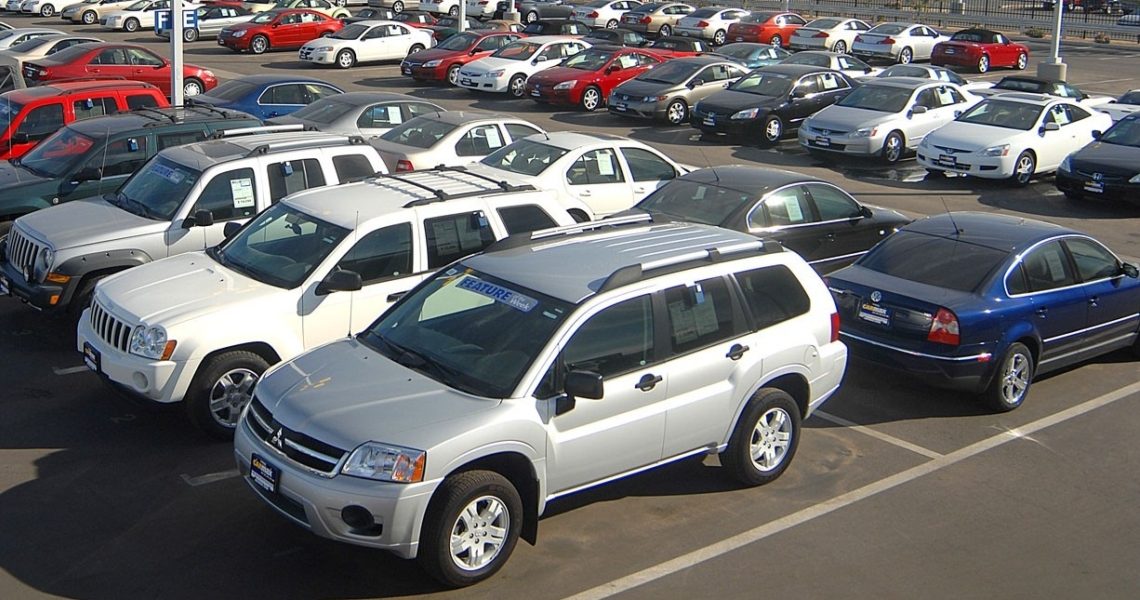 Experts at cap hpi say the wholesale market in September saw increased demand. There has also been a drop in the volume of vehicles available due to lower defleets, as is usually the case following August. The outcome was healthy demand in the auction halls and for those buying directly from remarketers of used cars.

Commenting on the market, Derren Martin, head of UK valuations at cap hpi said: “September saw used values, at least for the moment, return to a more stable footing. However, with Brexit looming and a seasonal slowdown, the coming months will likely see the current increases fade away. Any falls, however, are unlikely to be by as much as we witnessed in the April-July period this year.

“Whatever the overall market does, there will always be models and even engines and trims that react differently to their counterparts, depending on supply and demand. Attention to detail by the cap hpi car valuations editors means that trade and retail prices are analysed at micro-level in real-time.”

All of the mainstream sectors experienced average increases in values, with the smaller city cars and superminis being the most heavily affected with increases of 1.5% and 1.4% respectively. In monetary terms, this equates to an average of £65-100.

Small, petrol-engine cars remain the staple car of choice for retailers, and this demand, along with low supply and relatively heavy price drops earlier this year has meant buyers have been prepared to pay above previous prices for these models, particularly if in ready-to-retail, cap clean condition. Some of the models that have increased in value are the Citroen C3, Toyota Aygo and Volkswagen Polo.

SUVs saw a negligible average movement in September. Vehicles in this sector were slightly slower to react than the others, partly due to volume, but values did then do a U-turn and have ended the period slightly up. Newer models have been somewhat weaker than those at the three-year point.

Sectors that have seen average values drop in September were at the expensive end of the spectrum; sports, supercars and luxury executive models. As is usual as we enter the autumn, convertibles struggled to sell, and the average drop in values for this sector was 1.9%, almost £400 at the 3-year 60,000-mile point.

Average values of both petrol and diesel cars increased during the month, with petrol ones performing slightly the stronger of the two. September saw a mixed performance in the electric sector. The Nissan Leaf saw values move back as supply of this product continues to be plentiful while values for the Renault Zoe with the fully owned battery continued on an upward trend. While most models stayed level throughout the month, values for some of the older models increased, with the Citroen C-Zero (11-19) and Chevrolet Volt (12-19), representing good value for money. 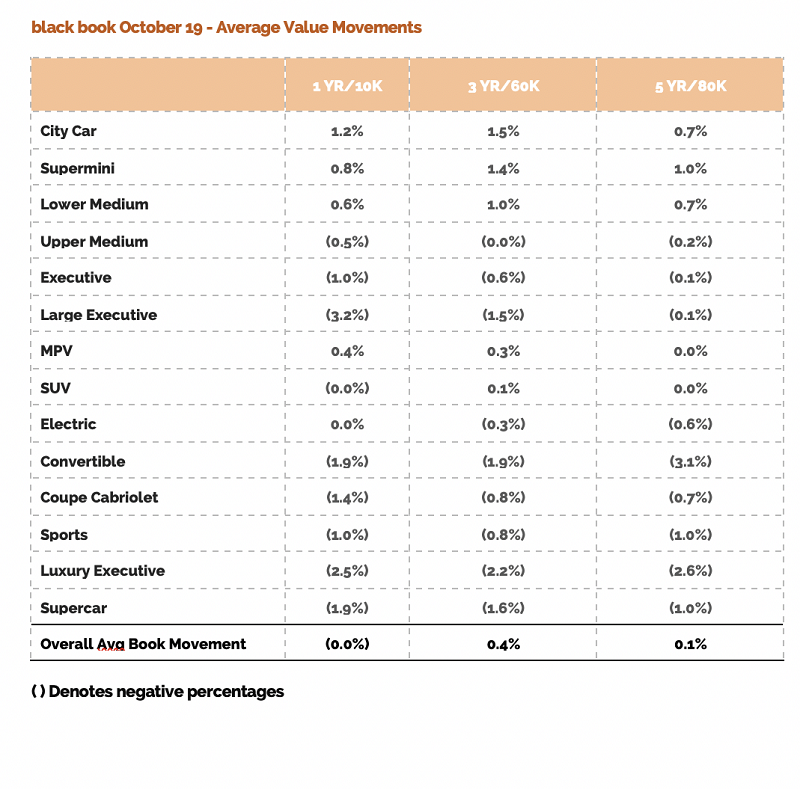