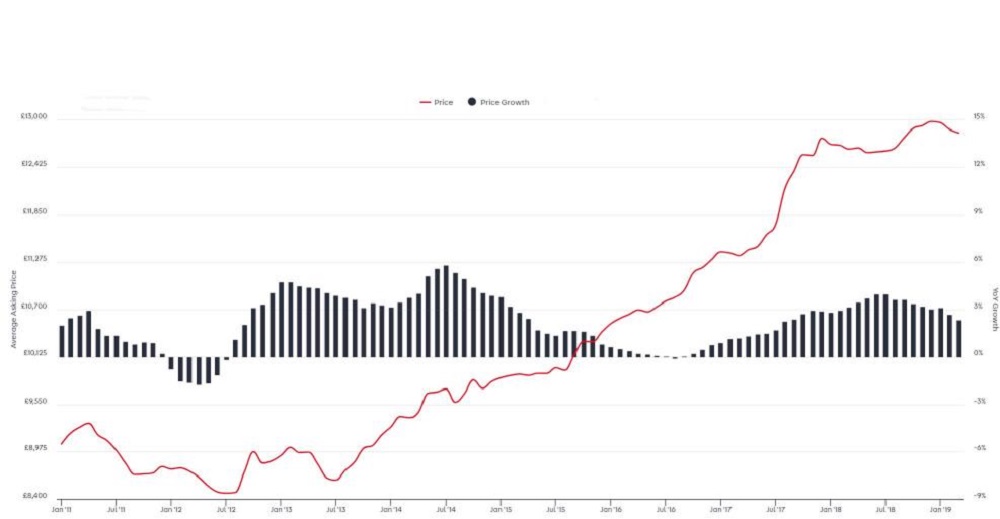 Despite challenging market conditions, not least ongoing fuel type confusion and the consumer uncertainty surrounding Brexit, used cars continue to hold their value, with the average sticker price of a second-hand car increasing 2.3% in March (£12,843). However, according to the latest findings from the Auto Trader Retail Price Index, it marks the slowest rate of price growth since August 2017 and follows three consecutive months of gradual easing, falling from 3.1% in January.

In terms of fuel type, prices of both second-hand diesel and petrol cars have experienced a similar trend. With an average sticker price of £14,306 in March, diesel prices continue to increase, however the rate of which has slowed: from a four year high of 2.9% in January 2019 to 2.2% last month.

Whilst this trend has been limited to Q1 for diesel, it’s been more protracted for petrol, with the rate of growth slowing consistently since December 2017 (7.4%). March’s average sticker price of £11,186 represents a year-on-year increase of just 2.4%; the lowest since January 2017.

However, there remains several bright spots. For three consecutive months the rate of price growth for pure electric vehicles has steadily increased, reaching a significant 9.7% in March and an average price of £22,684.

What’s more, with the new and used car markets increasingly dominated by dual-purpose vehicles and crossovers, the Index revealed the average price of a larger vehicle, such as an SUV, 4×4 or MPV, has recorded 11 months of consecutive growth, albeit at a modest rate of 1% in March. However notably, it follows two years of sustained decline (February 2016 to April 2018). In March the average price of a larger vehicle was £19,186. 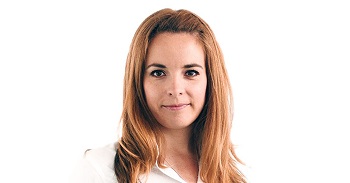 Commenting on the findings, Karolina Edwards-Smajda, Auto Trader’s Commercial Product Director, said: “There’s no question that used car prices remain buoyant, but there is a clear trend emerging of an easing of price growth. At this stage it’s hard to determine whether there is a direct correlation between wider industry challenges, but it is something we’ll keep a close eye on.

“The performance in both electric and larger vehicles is further evidence of the opportunity they offer; every other metric highlights the growing appetite amongst car buyers, not to mention their dominance at recent car shows. At a time when retailers are facing ongoing turbulence within the market, it’s vital their popularity is reflected on forecourts.”

Diesel searches are at an all-time low, as petrol reaches record popularity

Used diesels may well be holding their value but the number of people searching for them remains at a record low, with the struggling fuel type accounting for just 42% of all fuel related searches on Auto Trader.

Petrol has, as a result, gained a stronger share, now accounting for more than half (51%) of all fuel related searches. This comes amid the launch of London’s new Ultra Low Emissions Zone (ULEZ) on 8 April, which is part of the Mayor’s plan for tackling the Capital’s air pollution crisis. Whilst this has driven the popularity of alternatively fuelled vehicles (AFV) in the city, up to 11% of fuel searches, it’s yet to change the dial nationwide, remaining flat at 7%.