UK car production resumed its downward trend in September, with output falling -3.8% to round off a turbulent first nine months, according to figures released today by the Society of Motor Manufacturers and Traders (SMMT). 122,256 units were built in the month, almost 5,000 fewer than September last year. The latest figures mark a 15-month period of decline for the sector, notwithstanding August when several key plants kept production lines running after moving the traditional annual shutdown period to April to guard against disruption from the original 29 March Brexit date.

In September 2019, production for the UK declined -5.1% as political and economic uncertainty combined to dampen the domestic market. Exports fell -3.4% as cooling demand in key global and European markets affected overseas orders. Output in the year-to-date, meanwhile, is down -15.6%, marking the weakest first three quarters since 2011 and illustrating the impact of the multiple challenges currently facing UK Automotive.

In addition to the technological challenges and escalating trade tensions facing the global industry, businesses in the UK are having to divert huge resources to preparing for the possibility of a ‘no deal’ Brexit, which still remains a threat. British automotive manufacturers have already spent more than £500 million on measures to mitigate leaving the EU without a deal, while essential investment in new products and facilities is having to be put on hold or even cancelled due to the uncertainty and fear of a ‘no deal’ Brexit.

Mike Hawes, SMMT Chief Executive, said, “Another bitterly disappointing month reflects domestic and international market contraction. Most worrying of all though is the continued threat of a ‘no deal’ Brexit, something which has caused international investment to stall and cost UK operations hundreds of millions of pounds, money that would have better been spent in meeting the technological challenges facing the global industry. A general election may ultimately provide some certainty, but does not yet remove the spectre of no deal which will continue to inhibit the UK industry’s prospects unless we can agree and implement a new, ambitious and permanent relationship that safeguards free and frictionless trade.” 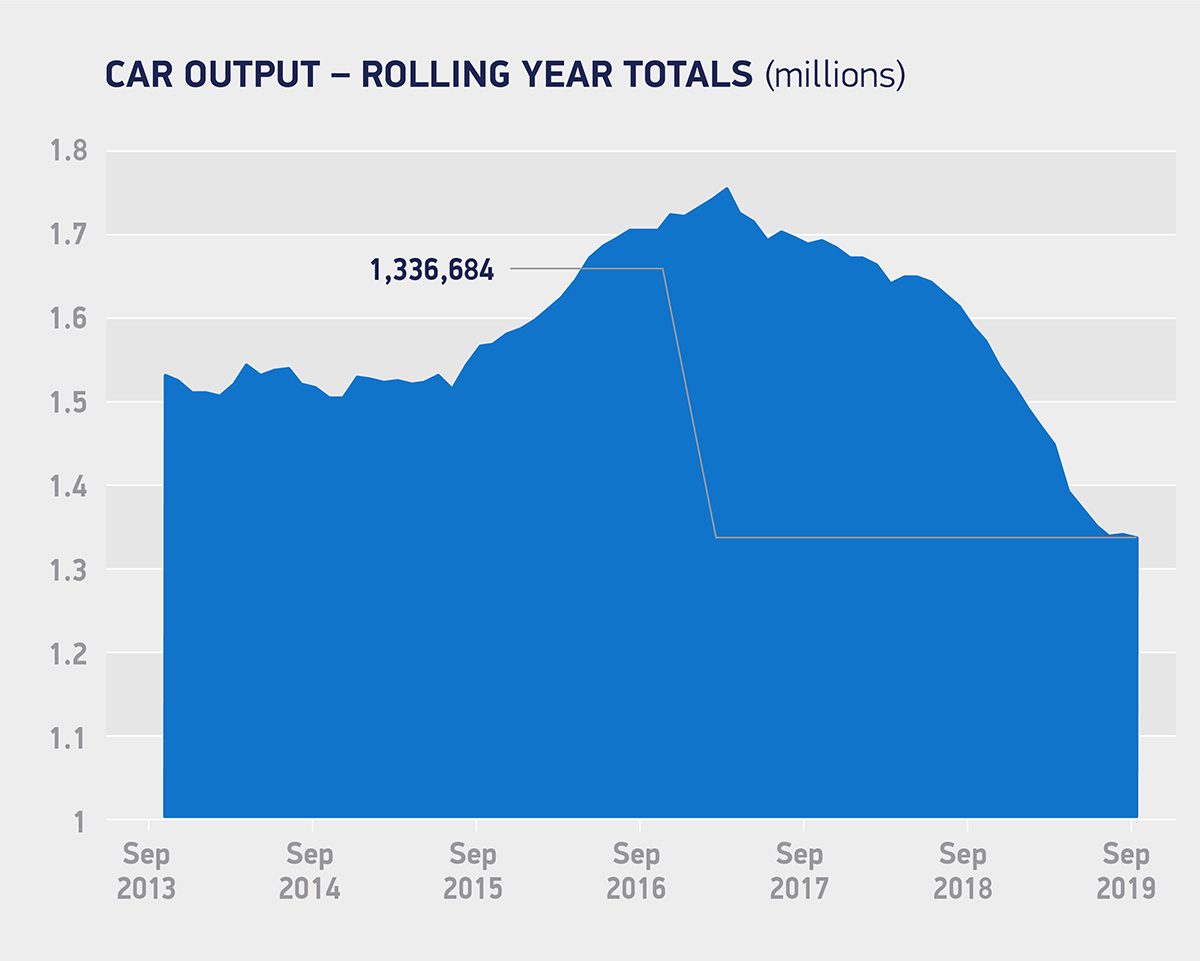