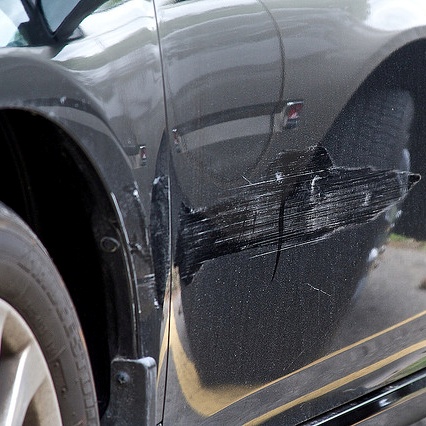 How would you feel?

A third of motorists would consider making a quick getaway if they accidentally damaged another vehicle while no-one was around, according to new research.

A new poll commissioned by ContractHireAndLeasing.com found that a shocking 30% of 2,021 British residents would consider scarpering if the damage they caused was only minor. Another 4% said they would go even if they caused extensive damage.

By region Scotland was found to have the most honest motorists, with 63% reporting they would make sure they could be contacted about repairs, while motorists in the North East appear to be the least honest. In this region, 7% said they would scarper if they damaged another car, compared to just 1% in Wales.

A further 36% in the North East said they would consider leaving the scene of the accident without passing on contact details, if the damage was only minor, compared to just 22% in Scotland.

“We suspect that one of the reasons higher earning motorists are likely to make a retreat and hope they aren’t caught after damaging a car is because they may well be driving a company car, and don’t want the embarrassment of reporting their accident back at work,” suggests ContractHireAndLeasing.com’s Managing Director, Dave Timmis.

“It is sad to see a lack of honesty among motorists, who would try to avoid paying for repairs if no-one was around witness their accident. It is easy to accidentally scrape or hit another car, especially in a tight car parking space where many prangs happen. People should think carefully about how they would feel if someone else did the same thing to them, and left pick up the bill for repairs.”

On the whole, we are a nation of honest motorists; with more than half of us (52%) stating that we would own up if we accidentally damaged someone else’s car, even if no-one was around to witness it. 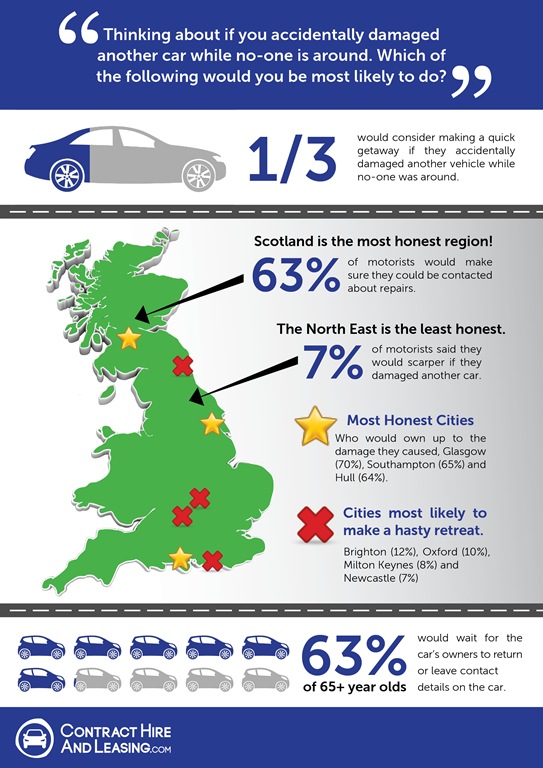 The UK new car market grew 23.5% in November to 142,889 registered units in the fourth consecutive month of year-on-year growth, according to new figures published today