Drivers in Wales are being told to expect to see mobile cameras across a larger section of the country’s road network.

The cameras, which can detect a variety of offences – including speeding, mobile phone use and seat belt wearing – are managed by GoSafe, the Welsh Road Casualty Reduction Partnership. 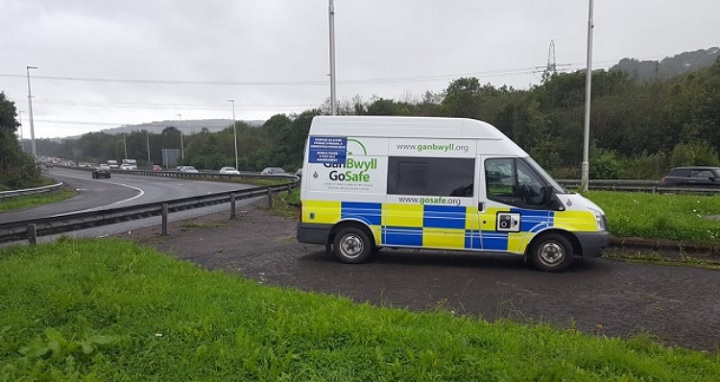 The partnership has launched a ‘refreshed deployment strategy’, which is says will help maximise the compliance of the aforementioned offences.

Under the new strategy, sites will be selected according to collision risk – not just ‘where the minority think they could be detected’. One enforcement site on a route could be detecting speeding offences, while another could be focusing on mobile phone use.

GoSafe hopes the new strategy will make motorists think about their manner of driving – and encourage them to drive safely and legally along their entire route, not simply where they think cameras may be deployed.

Teresa Ciano, GoSafe partnership manager, said: “We know that where there are mobile cameras present motorists comply with the speed limits.

“There is never a need or an excuse for speeding and this new strategy is aimed at improving the compliance of the speed limits by motorists across the roads of Wales for the safety of all.”

GoSafe is also keen to debunk the ‘myth’ that cameras cannot enforce without the presence of speed camera sign.

Teresa Ciano added: “We encourage all motorists to assume that where they see a speed limit sign or in an area with street lighting, there could also be an enforcement camera.

“Where we enforce, there is greater compliance with the speed limit which we would like to see across the road network as a whole, not just at a small number of locations.”