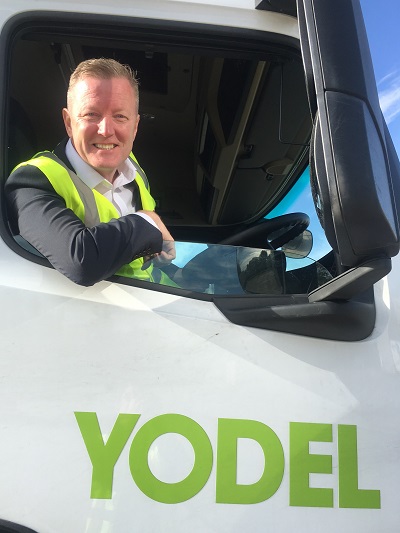 Independent parcel carrier Yodel has been recognised as one of the UK’s top armed forces-friendly employers.

Yodel has been awarded the Gold Award for the Defence Employer Recognition Scheme for going above and beyond its Armed Forces Covenant commitment. The scheme is a UK Government initiative which encourages employers to support both ex-military personnel and reservists and inspire others to do the same.

Gold is the highest level of award available and is only bestowed by the Ministry of Defence to organisations who meet the exacting criteria set for this award.

In 2018 the company donated £10,000 to Walking With The Wounded, a not for profit organisation that supports ex-servicemen and women who have struggled with their transition from the military to re-integrate back into society. Yodel and Walking With The Wounded have since formed a partnership, which has seen Yodel recruit people from within the charity’s network of ex-service members. This year, Yodel colleagues also supported the charity by joining serving military personnel and reservists on a series of walking challenges through the Lake District for their annual fundraising event, the Cumbrian Challenge.

In 2017 Yodel appointed a service veteran to a newly created post of Armed Forces Champion in order to support ex-forces personnel even further. The dedicated role was created to help increase understanding of the service community and be more effective in attracting and supporting those who are transitioning to civilian life. The business also advocates and advertises its opportunities to service personnel through its social media channels, and utilises its internal communications channels to share with the wider business what the military team have organised and been involved in.

Commenting on the award win, John Hughes, executive chairman at Yodel said: “We’re proud to have been awarded the Ministry of Defence’s Gold Award – recognising our commitment to supporting the armed forces community. At Yodel, we know that employing ex-service personnel means that our workforce is equipped with a unique and valuable skillset which benefits the whole business. We look forward to continuing our work with the Defence Employer Recognition Scheme and urge more businesses to get involved.”

Defence Secretary, Ben Wallace said: “These awards recognise the outstanding support for our armed forces from employers across Britain and I would like to thank and congratulate each and every one.

“Regardless of size, location or sector, employing ex-forces personnel is good for business and this year we have doubled the number of awards in recognition of the fantastic support they give.”

Minister for Defence People and Veterans Johnny Mercer said: “Veterans make a huge contribution to businesses across the country and it’s fantastic to see a record breaking number of organisations recognised for their support.

“We’re working closely with businesses to help them further understand the huge value that veterans, reservists and military spouses can bring to their organisation.”

Yodel offers specialist support, including extra leave for reservists to attend training, IT courses and CV and interview workshops for veterans. In 2015 the company signed the Armed Forces Corporate Covenant, demonstrating its commitment to employing reservists and veterans – and reinforcing the company’s wider forces friendly credentials.