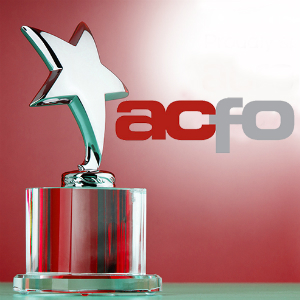 The changing face of fleet management was clearly visible at the prestigious 2016 ACFO Awards with three of the seven awards recognising plug-in cars.

Fleet acceptance of United States-headquartered electric vehicle manufacturer Tesla as a supplier of company cars was recognised as the company won ACFO awards for the first time.

Tesla won the Environmental Initiative of the Year Award and shared the Green Vehicle of the Year Award for its executive Model S with the plug-in BMW i3, which made it a hat-trick of ACFO title successes as the car retained the trophy won for the past two years.

Further emphasising the emergence of ‘green’ power in fleet operations in the 2016 ACFO Awards is that BMW was highly commended in the Environmental Initiative of the Year and the Mercedes-Benz C Class Plug-in Hybrid Electric Vehicle was similarly recognised in the Fleet Car of the Year category.

However, there was not change everywhere as the Jaguar XE, which entered UK showrooms 17 months ago, retained the Fleet Car of the Year title won last year. The BMW 3 Series, a perennial fleet favourite, was also highly commended in the category.

A capacity audience of 250 ACFO members and their guests attended the annual Awards with the winners revealed during a gala dinner at the St John’s Hotel, Solihull, tonight (Wednesday, 16 November, 2016).

The Awards are in their 33rd year and further the voice of fleet operators as they continue to influence motor manufacturers and service providers as well as government and its agencies and thus shape tomorrow’s transport operations.

There was also hat-trick successes for vehicle contract hire and fleet management specialist Marshall Leasing as the business, which has more than 6,000 company cars and vans on its books, notched its third ACFO Award. The company won the Fleet Service Company of the Year title it previously secured in 2013 and 2010.

A newcomer to the ranks of ACFO Award winners was road safety charity Brake, which won the Fleet Safety Initiative of the Year for providing fleet decision-makers with a range of resources – including events and webinars and expert advice – to further improve occupational road risk management across the corporate sector.

There was also a highly commended in the category for the Fleet Operator Recognition Scheme. It was a first-time mention at the Awards for the accreditation scheme which aims to improve commercial vehicle compliance standards.

The 2016 ACFO Awards also saw a return to the winner’s circle for both the Mercedes-Benz Sprinter and the Volkswagen Caddy as they respectively won the Large Van of the Year and Small Van of the Year Awards. The Sprinter last won in 2010 and the Caddy two years ago.

John Pryor, chairman of ACO, the UK’s premier fleet decision-maker organisation said: “The fleet industry continues to evolve and 2016 could be viewed as a watershed year as managers through their votes recognised that electric vehicles have a role to play in their company car operations.

“Significantly more than half of all new cars are bought by the corporate sector. Therefore, with the government continually seeking to drive up demand for ultra-low and zero emission cars it is critical that models such as those from our 2016 award winners Tesla and BMW find favour with fleet managers and company car drivers.”

The Awards, which are voted online exclusively by the ACFO membership following nominations from across the industry, are highly prized because unlike many other awards they reflect the day-to-day operational experience and expertise of fleet decision-makers.

Mr Pryor added: “ACFO’s annual awards provide a further opportunity for fleet decision-makers to get their views over to vehicle manufacturers and service companies.

“Fleet decision-makers are reliant on motor manufacturers to deliver vehicles that are cost effective to operate, safe, reliable and environmentally-friendly and suppliers and other organisations to provide a first class service.

“Operating successfully in partnership, it means that through the availability of top quality vehicles and first rate suppliers, vehicle downtime can be kept to an absolute minimum and fleet managers can focus on the efficient and effective operation of their vehicles to support their businesses.”

Fleet Safety Initiative of the Year (sponsored by Activa Contracts)

Fleet Service Company of the Year (sponsored by Skoda)

Environmental Initiative of the Year (sponsored by Bott)

Small Van of the Year (sponsored by Zenith)

Large Van of the Year (sponsored by Commercial Fleet)

Green Vehicle of the Year (sponsored by Prolegal Solicitors)

Fleet Car of the Year (sponsored by Lex Autolease)