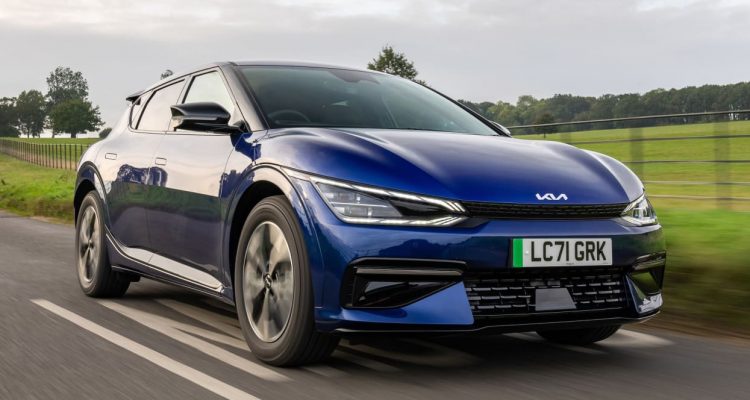 Electric Kia EV6 crowned What Car? Car of the Year

The Kia EV6 electric car has been crowned What Car? Car of the Year 2022.

Its victory was announced at a glittering ceremony at the Grosvenor House Hotel in London, with the awards held in association with MotorEasy.

It is the second time Kia has won the overall What Car? Car of the Year Award – and the second time it has won with a new electric car, having taken its maiden victory in 2019 with the Kia e-Niro. Underlining the breakthrough progress enjoyed by Kia in the electric era, it is only the third non-European manufacturer to win the top prize at the What Car? Awards, which began in 1978.

The Kia EV6 stood out for setting new benchmarks for electric cars, offering an official range of 328 miles, and managing 224 miles on a charge when What Car?’s testers ran it in near worst-case low temperature conditions. It is also capable of super-fast, 800V charging, with its battery capable of going from 10-80% in as little as 18 minutes. 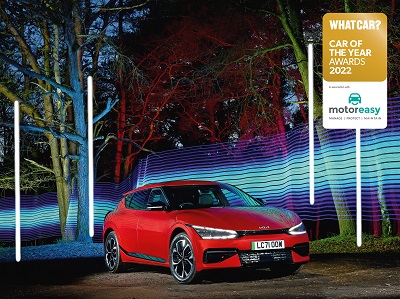 In addition, the EV6 earned praise from the judges for being hugely spacious, very refined even by electric car standards and for being sold with the reassurance of a standard-setting seven-year warranty.

What Car? editor Steve Huntingford said: “Once again, Kia has set a new benchmark for an electric vehicle. The EV6 is a terrific all-rounder that answers electric car buyers’ questions around range and charging times brilliantly, and which offers terrific space, refinement and value for money.

“Kia’s progress has long been impressive, but it is the way that it has seized the opportunity offered by the transition to electric cars that has made it a leader in the market. Coming hot on the heels of its victory with the e-Niro in 2019, this Car of the Year win cements its position alongside Tesla as one of the most exciting electric car makers on the planet.”

Kia UK President and CEO Paul Philpott added: “It’s a great honour for Kia to win Car of the Year at this year’s What Car? Awards, particularly given the high regard with which they are held by customers across the UK. The EV6 is a truly exceptional car and it’s just the beginning of things to come from Kia on our rapid journey to electrification. This is tangible recognition that Kia is fast becoming a true leader in electric vehicles having also won this award with e-Niro in 2019.”