Why policymakers need to focus today on autonomous vehicles 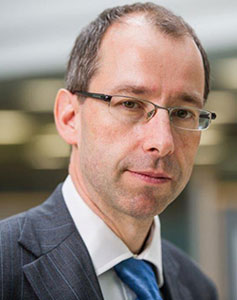 The pace of development of AVs is breathtaking. A year ago, some would have argued that they would never become a reality. But now, AVs are being piloted in a number of countries and are running on public roads, albeit only in a handful of locations such as Phoenix in the US State of Arizona and in Singapore. The question is no longer whether but when all road vehicles become fully autonomous. And whether you believe that will take 10 years or 30, the implications are so far-reaching that policymakers need to start planning now for our AV future.

KPMG believe there will be rapid development and adoption of AVs, because of the alignment of interest of private developers and public authorities.

Companies including the dominant vehicle makers, technology giants and specialist startups have invested US$50 billion over the last 5 years to develop AV technology, with 70 percent of the spending coming from outside the automotive sector.

At the same time, public authorities can see that AVs offer huge potential economic and social benefits. AVs could eliminate the 90–95 percent of road accidents caused by human error, saving as many as a million lives every year. Assuming they are electric, they should also reduce road pollution, improving citizens’ health. AVs offer mobility benefits to people who are unable to drive at present, including the elderly, those who do not own a car and those who live in rural areas that do not have adequate public transport. And the hours spent driving which now become productive creates a potentially gigantic economic boost, with one study estimating that the US economy could see an uplift of US$1.3 trillion a year.

For these reasons and others, many governments are keen to move towards an AV future as soon as possible.

Planning now for the long term

But why act now rather than wait to see how quickly AVs are adopted? A key reason for policymakers to consider AVs now is because the spatial planning and infrastructure investment decisions that we make today will determine the development of our countries and cities for decades. If we anticipate an AV future today, we can avoid wasting taxpayers’ money on investments that may soon prove obsolete, or worse frustrate the realization of AV benefits.

AVs imply changes to road infrastructure, including on-road telematics, signage, crash barriers, lane widths and curbs. They may also affect business cases for public transport schemes, which will need to integrate with AVs, as well as parking schemes and multimodal transport ticketing.

AVs will also affect the placement and development of homes and businesses. They could make ride-sharing and mobility as a service schemes more attractive, meaning space currently used for parking can give way to more housing and public spaces in urban areas. But by making longer commutes more attractive, they could also encourage more suburban and rural development.

Plugging the job and revenue gaps

AVs will also have major impacts on public policy outside of transport. For example, many professional drivers are at risk of being replaced by technology. KPMG is supporting a study by a student at Harvard’s Kennedy School on potential job losses, for example in the trucking and taxi markets and opportunities for new employment in the automotive and supply chain industries.

There are also implications for government revenues. At present, taxes on fossil fuels generate billions of dollars, while electric vehicles receive subsidies in many countries. This means a shift to electric AVs would create a hole in tax revenues. Authorities need to think through urgently how to recover that lost revenue. For example, through road pricing, which might also help tackle congestion.

Supporting an AV future implies myriad other public policy enablers too. Authorities will want to ensure that AVs are safe, both mechanically and in terms of their security from cyber-attack, so vehicle licensing could change, with new controls on data security. Regulations on vehicle insurance will need to adapt, including who is responsible for a driverless vehicle’s actions. Driving licenses could become redundant, although many countries use them as an identity card. Road traffic regulations, designed for use by humans, will ultimately be replaced by protocols, determining priority at junctions and giving way to emergency vehicles.

The data generated by AVs will present particular policy challenges. Questions include the ownership of this data, whether the security of information is a public or private responsibility and what the data can be exploited for, whether that be advertising, road condition monitoring or passenger health.

Different countries may come to different conclusions across these issues. Indeed the optimal AV future of one city may differ from another nearby, depending on patterns of travel and availability of public transport alternatives. But basic standards of interoperability will need to be put in place across countries and potentially entire continents.

The reality is, AVs will have far-reaching implications across numerous areas of policy-making for countries around the world. So now is the time to plan.