‘It can save lives’ – Einride CEO promotes AV technology 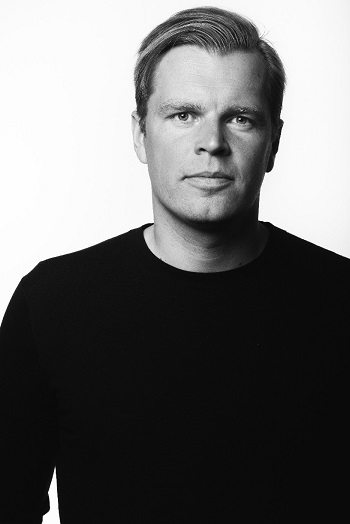 Up until recent years, it has been difficult to please both sides, as automakers have only just got into the idea of electrification and efficient transport. 2 years ago, Falck identified that technology had progressed enough to make battery powered freight transport a viable option and got to work on his own project.

“I tried to promote my ideas on the inside,” said Robert Falck. “But these companies have a certain way of doing things, a certain client base and huge investments in factories.” What he wanted to do – which was removing the driver’s cab to create a smaller, lighter vehicle – proved too radical for most. “And I can understand that, but I wouldn’t accept it,” he adds. “So, I quit and started my own company. Now, we’re proving it can be done.”

His ‘intelligent movement’ company, named Einride, is promising a complete transformation of the transportation industry, utilising autonomous software for driverless trucks that can be controlled remotely via 5G.

For the most part, autonomous technology is readily available today, but the biggest problems surround rules and regulations. Following its approval for test runs from the Swedish Transport Agency (STA), Einride is working alongside authorities to push the development and rollout of autonomous vehicles.

According to Falck, the permit is an important testimonial to the safety of the solution. “Government authorities like the STA are naturally sceptical of self-driving technology. But I don’t blame them, they should be. And that goes for the general public as well,” he says. “It is up to us – the different companies involved in self-driving technology development – to prove that the technology is safe. That in fact, it can save lives.”

He also highlights that, in Sweden and Europe, road safety figures have begun to stagnate and in the US things have not improved for a very long time. The widespread introduction of autonomous technology might well be the only way to reduce the number of traffic accidents.

“That, I think, is our strongest case,” continues Falck, “but I do think the industry should build that case together, by cooperating over the development of safety systems, and by exchanging incident data with each other.”

Sweden, due to its progressive nature, has allowed companies like Falck to develop and expand better than other countries and continents. It is widely understood that the Swedish population care about the environment, which has promoted new emission-reducing technologies within the region. Falck also thinks that it comes down to the ideology of the Swedish public.

“We’re very low in power distance, we don’t like hierarchies, and so people are less likely to look to their bosses for the solution to a problem,” explains Falck. “I think it was George Patton who said: ‘Never tell people how to do things, tell them what to do and they will surprise you with their ingenuity.’ That’s the only way to run a fast-moving start-up and that approach work very well in Sweden.”

The logistics industry will play a crucial role in the development of autonomous software, as it is easier to control and manage than passenger vehicles. However, there are still a lot of problems involved in the supply chain, including truck driver shortages, dated tracking systems and general inefficiencies throughout.

“Today we have this weird situation where transport and logistics are inter-connected but separated. It’s two systems, really, and that creates a lot of inefficiencies,” adds Falck. “I think the logistics industry will see the value of a more holistic approach, allowing for better coordination. And autonomous vehicles fit very neatly into such an approach.”

There has been a lot of talk surrounding platooning, which is where multiple self-driven trucks follow a human-controlled vehicle, allowing businesses to transport more products with fewer humans. Einride takes this one step further, removing the driver and using 5G to let them remotely control the vehicle.

“With our solution, we remove the driver completely, replacing him or her with an operator, who can control several vehicles from a distance. So, you get the same benefits, but the trucks are able to operate independently of each other, so you get more flexibility.”

Being involved in the logistics industry, it was important that Einride worked with the best. And, with the latest news of a partnership with global logistics powerhouse DB Schenker, this is exactly what the company has done. 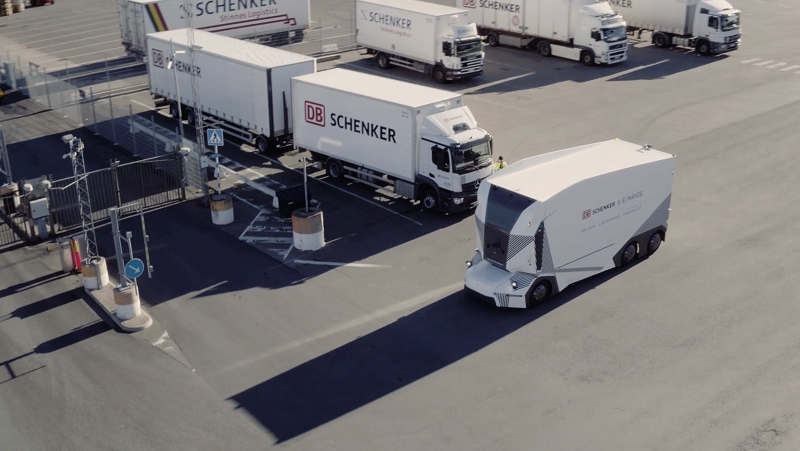 Einride in partnership with Schenker Logistics

“DB Schenker is one of the largest logistics companies in the world. They’re also a progressive company, deeply concerned about climate change and great believers in self-driving technology,” Falck praises. “They were able to provide us with a pilot flow to test our solution in a real-world environment, transporting goods between a terminal and a warehouse. You learn more from that than from endless testing at a test site. And that goes both ways. They, too, need to understand self-driving technology, because it’s going to revolutionise their whole business model.”

Through partnership like this, Einride will continue to challenge the status quo, creating new technologies for a sustainable future and proving that there is a viable alternative to conventional transport solutions.