Is the UK public ready for driverless cars? 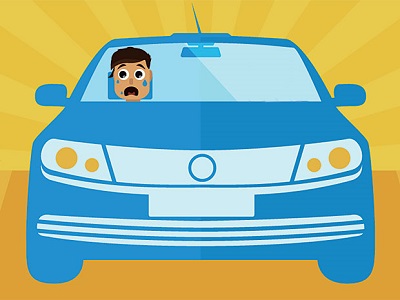 While more than half of the UK public (53 per cent) feel positive about the way technology is driving change in the country, there is some discomfort around one of the most discussed and potentially impactful innovations: driverless cars. According to Fujitsu’s Tech in a Transforming Britain report, distinct groups have very different attitudes towards the technology.

Transport is second only to education as the sector that the UK public is most keen to see transformed by technology, yet this doesn’t translate directly into a whole-hearted embrace of innovation in the sector. Less than a third (29%) would be happy to be picked up by a driverless car, and when it comes to trusting autonomous driving technology with the safety of a person’s child, that number dives to 17%.

This level of comfort varies dramatically according to gender. Men are twice as likely to be happy to put the school run in the hands of AI as women, with almost one-in-four (24%) feeling comfortable with this notion compared to just 12% of women.

Men, however, are not the segment that are most receptive to autonomous cars transporting their children. 30% of Londoners would be happy with this application of the technology, well above the 18% average across the country, illustrating the importance of location. Age also plays a key role in comfort levels with autonomous vehicles: 16-24 year olds are most open to being picked up by a driverless car (39%), while over-55s are far less favourable to the technology (19.9%).

“People’s fears around autonomous vehicles are understandable – it’s a very human characteristic to worry about ceding control of your personal safety to a machine which you don’t understand. However, while the public might not be ready for full-throttled driverless cars, they are likely to be more receptive to a different model for transport – Mobility-as-a-Service,” said Chris Patton, EMEIA Transport team, Fujitsu.

“This on-demand approach to transport not only matches changing consumer attitudes as they are now, it is also much more feasible technologically. Using digital platforms to match supply directly to demand à la Uber, this model has the potential to save consumers money, massively reduce congestion, and create a more sustainable transport system. Both business and government should be educating the public on the benefits of this approach and working together to put in place the infrastructure to make it possible.”