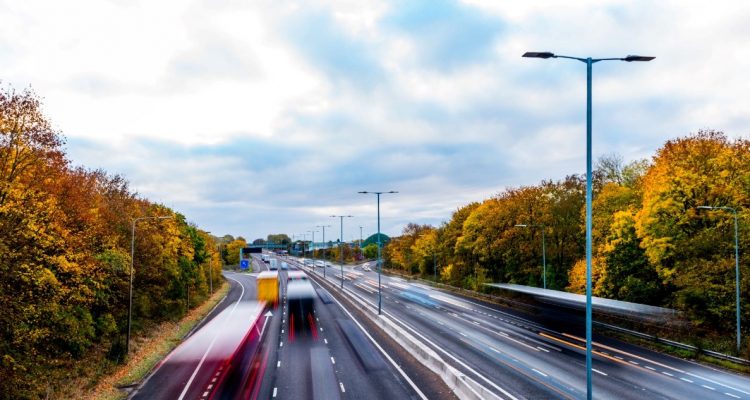 New research has been carried out which will shed some light on how street lighting could be used to pave the way for autonomous vehicles in the future.

Closed circuit television and wireless technology that enables vehicles to communicate is among the kit that could be neatly stored inside the lanterns of streetlights alongside the National Highways network. 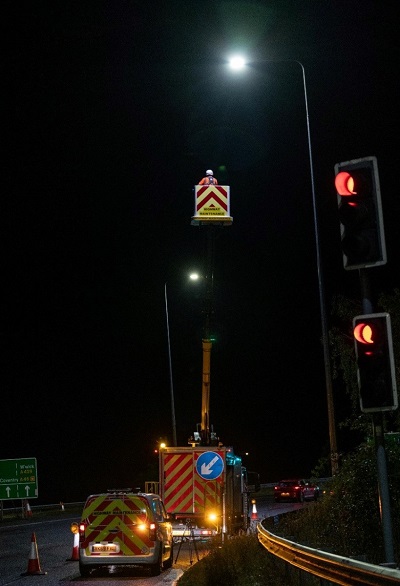 This could enable the existing infrastructure to be employed in the future to push out information on traffic updates, speed limits and diversions – helping vehicles to plan journeys more effectively.

Street lighting has often been viewed as a standalone asset but technology that has emerged in recent years could enable wider use of this vital infrastructure.

Bandwidth has restricted air wave transmissions in the past, but with the roll-out of 5G and the IoT (Internet of Things) infrastructures lighting could be equipped with devices such as wireless access points and cameras.

A ‘proof of concept’ trial on this intelligent street lighting has been carried out on the M40 junction 15 Longbridge roundabout near Birmingham.

Drivers would have been oblivious to the CCTV and communications technology hidden away in the streetlamp as it was installed when the lights were switched to the improved, greener LED lighting

The Illuminate trial took place over five months last year and successfully proved the concept. The technology was able to communicate data to office equipment and tablet computers.

The knowledge gained in the trial will be used to help shape National Highways’ strategy for managing the Connected and Autonomous (CAV) infrastructure.

National Highways is looking for technologies that can effectively support autonomous vehicles so they can push and receive messages across the network. These messages could be about speed limits, incidents, updates on clearance times – useful information to help drivers plan their journeys.

This would involve a large-scale deployment of technology across the network and streetlights may be the answer.

National Highways’ Innovations Lead for the Midlands, Lisa Maric, said: “These are exciting times as we progress on our Digital Roads journey with the growth of digital technology and the move to electric, connected and autonomous vehicles that will fundamentally change how we use roads in the future.

“National Highways is committed to ensuring we are at the forefront of this digital revolution and are preparing the way for the greener and safer roads of tomorrow.

“Initial trials such as Illuminate will help us identify new innovations, technology and methods to meet our digital goals. We were pleased with how Illuminate performed as a proof of concept and the useful knowledge gained as we continue to plan for the roads of the future.”

National Highways worked with Kier Highways on the Illuminate trial. Kier Highways Project Manager, Carla Vicente, said: “Being able to install technology, such as CCTV, while we are replacing street lighting is a more efficient way of working and provides better value for customers. More importantly, it is a safer and less disruptive way of working, reducing the amount of road closures required.

“The Illuminate project was a great example of collaboration across internal Kier teams, our client National Highways, the supply chain and the manufacturer.

“This proof of concept will feed into other future projects and the learnings will help to deliver more collaborative and sustainable projects which supports National Highways’ Carbon Net Zero targets.”

The trial has been funded through National Highways’ Innovation and Modernisation Fund which is helping to maximise the opportunities offered by developments such as automated vehicles while putting safety at the forefront of emerging technologies.