Busting the myths of autonomous vehicles

Without a doubt, autonomous vehicles (AVs) have been the buzzword of the last few years in the automotive industry. Last month, the world witnessed the unveiling of Jaguar Land Rover’s Project Vector concept. The electric and driverless vehicle offers a vision of the future – but JLR promises it will be on the roads in Coventry by next year. 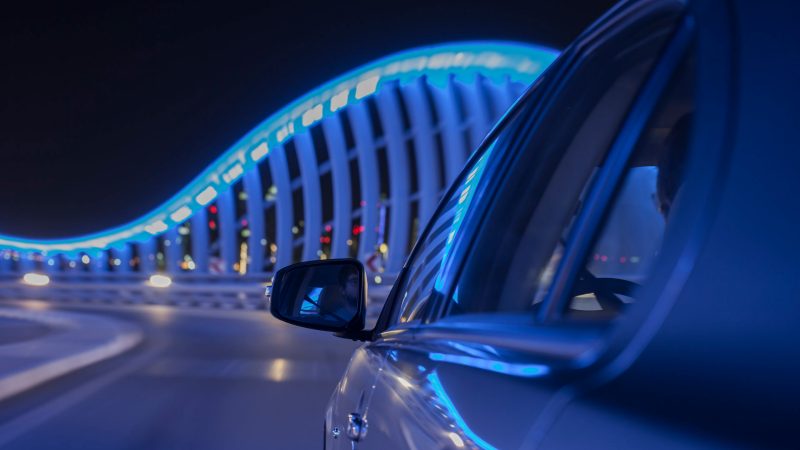 The long-standing debate around when autonomous vehicles will become a reality is an interesting one. Many people still don’t believe self-driving cars will be ubiquitous within the next decade, despite the UK Government promising to have them on the roads by 2021 and the estimated UK market for driverless vehicles set to reach £52 billion by 2035.

While trial runs are already being carried out across the UK, there are currently many barriers to adoption. For example, as it currently stands, autonomous drivers are advised to alert the authorities and emergency services before setting off on any journey, no matter the length. In addition, all AVs must be continuously monitored by a human driver, to ensure that a human is on hand to take back control should any issues occur.

As government bodies continue to discuss limitations and legislations, and the media remains focused on the potential dangers, the leasing experts at LeasePlan UK have decided to dispel some of the most common myths around autonomous technology.

Truth: Human error will never go away, but for autonomous vehicles it is likely to be involved earlier in the process – during production and design, rather than when driving.

If humans have not imagined every possible scenario that may occur in or around a car, as illogical as they may be, the car will not be programmed to respond appropriately in these scenarios. For example, this year a group of researchers from McAfee demonstrated how a Tesla’s Autopilot function could be manipulated into thinking that a 35mph speed limit was 85mph with the use of a tiny sticker on a road sign.

Truth: Humans have many attributes that mean that their driving ability is currently incomparable to autonomous cars.

While a robotic car can see everything around it, it does not have the same ability as humans to turn sight into understanding. To see an unusual occurrence, predict what will happen and be able to react in the necessary way, the computer has to have been programmed to do so. A human, on the other hand, would see, understand and react to whatever is placed in front of them, regardless of whether they have ever seen it before or not.

Humans also have empathy and can make spur of the moment decisions, if needed. For example, if they need to speed up to stay safe, humans could quite easily choose to do so. But whether AVs will have the ability to break the law if totally necessary, is yet to be seen.

Myth: AVs will be able to communicate with each other

Truth: It’s likely AVs will be able to communicate with each other. This will allow them to share data and knowledge about traffic and routes.

Something that the vehicle’s camera may have missed, such as another vehicle in the road where you would not necessarily expect one to be, could be communicated between the cars, ensuring the vehicle has a better chance of noticing and avoiding an accident.

Myth: Congestion will be a distant memory with AVs on the road

Truth: AVs might even increase traffic if we are not careful, especially if the vehicles are designed for single occupancy. If people are choosing AVs over public transport, there could be more vehicles on the roads, rather than fewer. People who are perhaps unable to drive a conventional vehicle may be able to get behind the wheel of an autonomous one.

However, AVs would be able to travel in tighter clusters, taking up less space on the road and allowing traffic to move in a mathematically optimised way. The artificial intelligence behind the vehicles should allow for traffic management; cities with autonomous networks will be able to manage the flow of traffic far more efficiently than the current network of traffic lights and the increasing fixtures of smart motorways. So long as the infrastructure is fully integrated, our commutes and journeys will be self-organising.

Myth: Private vehicles will be the first to become autonomous

Truth: It’s more than likely that commercial vehicles will be impacted by autonomous technology first. Unlike their consumer counterparts, the road conditions for lorries, and often vans, tend to be relatively controlled, as there are fewer human factors to contend with.

Financially, when it comes to commercial vehicles and the businesses they are driven for, the bottom line will always be a key factor in any decision for change. Autonomous vehicles could help swing these decisions, as they are able to work longer and cost less to run if a business no longer needs to hire a qualified driver.

Our predictions for the future

Peter Schwartz, Senior Vice President Strategic Planning at Salesforce and founder of the Global Business Network, believes that we are at the beginning of a new automobile era, and it’s happening in small, incremental steps. Innovations such as automated breaking, and then automated lane changing will slowly work their way into car models and quickly become universal. Over the next five years or so, every vehicle built will be able to harness this new developing technology.

So, autonomous vehicles are coming, and as shown by JLR, they may not be as far away as many of us would think. The UK Government is supporting research, development and the demonstration of these vehicle types, with a number of initiatives already underway.

With AVs well on their way to becoming a prominent feature of UK motoring, it’s best to have a good understanding of the effects they might have on our roads. Whilst it may feel as though we are a long way from seeing these vehicles on our roads, city and road planners, as well as manufacturers and governments need to be keeping an eye on the future of mobility. When it comes to drivers, it’s important that you are aware of your responsibilities as a passenger.