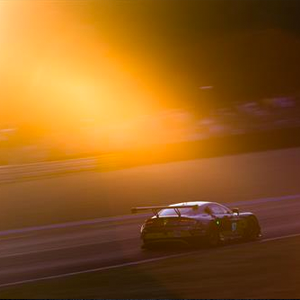 Aston Martin Racing is ready to kick off the second half of the 2017 FIA World Endurance Championship, as the premier racing series touches down in Mexico City.

After taking a GTE Pro double podium in 2016 – scoring a victory and third place – Aston Martin Racing will be hoping to claim yet another strong points-haul 12 months on. While the intense heat and 2,250m altitude of the Autódromo Hermanos Rodríguez challenged both the drivers and V8 Vantage GTE last year, it will be the severe weather and temperamental thunderstorms that will provide the team with a serious test this weekend.

Paul Howarth, Team Principal Aston Martin Racing said, “Our drivers have focused hard on ensuring that they are in peak physical shape for this weekend. We know that the climate of Mexico City is normally very tough with its thin air and high humidity, but we anticipate that the recent storms will add another element of complexity to the weekend. This will be a tough race to call from a strategical perspective, but we’re confident that our Dunlop tyres will prove as strong here in the wet as they did in the exceptionally hot conditions of 2016”.

The team’s driver line-ups remain unchanged this weekend, with Nicki Thiim and Marco Sorensen occupying the #95 V8 Vantage GTE and Darren Turner, Jonny Adam and Daniel Serra continuing in the #97 in GTE Pro.

Winner of last year’s race in the #97 V8 Vantage GTE, Darren Turner said, “This is a circuit that proved to be the turning point in Aston Martin Racing’s season last year and we’ll be looking to ensure the same again. We’re well in the hunt for the championship right now and Daniel (Serra), Jonny (Adam) and I are only 15 points from the overall lead. I really hope we can close that gap this weekend and make sure we get the flyaway races off to a good start”.

The #98 V8 Vantage GTE of Paul Dalla Lana, Mathias Lauda (A) and Pedro Lamy (P) will also line up for this weekend’s race in the GTE Am class.