The draft guidelines, now subject to public consultation, could see fines of up to £20m levied on companies in light of their culpability, with the fines theoretically being large enough to underline the importance of companies operating in a safe environment.

The new guidelines are also intended to provide greater consistency in sentencing for offences that only occasionally come before judges and magistrates.

So far there have been no examples of corporate manslaughter in the fleet industry, however this could soon change with Devon and Cornwall police currently investigating Frys Logistics after one of their drivers fell asleep at the wheel. This resulted in the deaths of two cyclists with the driver being sentenced to eight and a half years in prison in September.

Another potentially prosecution could come regarding the Takata airbags recall which has seen six manufacturers send out recall notices for certain models potential putting a variety of fleet drivers at risk.

The new guidelines suggested by the Sentencing Council recommend that judges impose fines in relation to the size of the convicted organisation – for large firms this could mean fines of up to £20m for corporate manslaughter and up to £10m for fatal health and safety offences. Under the Corporate Manslaughter and Homicide Act 2007 there is no upper limit on fines. This £20m fine level is proposed for firms who have an annual turnover of more than £50m.

In the report, Michael Caplan QC, a member of the Sentencing Council, said: “We want to ensure that these crimes don’t pay. They can have extremely serious consequences, and businesses that put people at risk by flouting their responsibilities are undercutting those that play by the rules and do their best to keep people safe.

“Our proposals will help ensure a consistent approach to sentencing, allowing fair and proportionate sentences across the board, with some of the most serious offenders facing tougher penalties. We want to make sure it is clear that it will be cheaper to comply with the law than break it. This is a consultation: we want people to give us their views on our proposals so sentencing in this area is fair, effective and proportionate.” 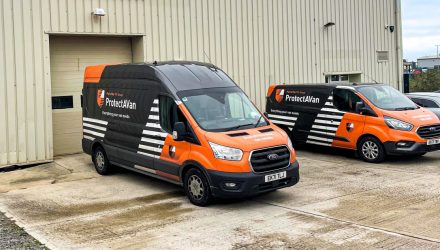 Tackling one of tradespeople’s top concerns, Renault Trucks has