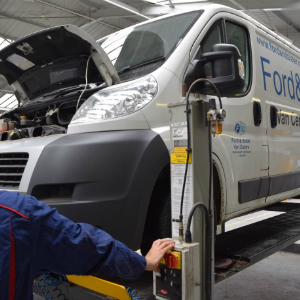 Concerns over safety mean that vans should be excluded from the Government’s new consultation on extending the first MoT to four years.

So believes FleetCheck, one of the UK’s leading fleet software and management companies, which is planning to make an official submission to the Department for Transport

The Government has asked for industry feedback on various options listed in its consultation document, including whether Class 4 and 7 vehicles – effectively all vans up to 3.5 tonnes – should be included in any future change.

Peter Golding, managing director, said: “The argument for extending the first MoT check is that vehicles are now much better made than they were even a few years ago. This is true but ignores the punishment that many vans undergo, which tends to be greater than cars.

“On a home delivery fleet, for example, it is not unusual to find a four-year-old van that has already covered 200,000 miles or more, which represents a huge amount of wear and tear being placed on a vehicle without an official safety inspection taking place.

“There is data from the DVSA showing that almost half of Class 7 vans fail their MoT at three years, so extending the test to four seems almost reckless.”

Peter said that the thinking behind the Government consultation seemed to assume that all fleets were subjecting their vans to regular and rigorous safety inspections.

“On a strictly legal basis, this should be happening on every fleet but, in the real world, standards differ widely from business to business.

“Some four-year-old vans on highly professional fleets will be subjected to a maintenance regime that is not far below the type seen for large commercial vehicles but other vans being run by less fastidious operators will undergo the bare minimum of maintenance to meet legal requirements, if that.

“Certainly, we believe that there are major safety questions to be answered. By the time a van has covered a six figure mileage, it is not just wear items like tyres, brakes and bulbs that can be problematic but major components.

“Certainly, for this reason, we will be arguing that vans under 3.5 tonnes should stay within the current MoT regime. There are separate arguments to be considered for cars, which tend to lead less punishing lives, but LCVs need a strict regulatory regime.”