Emergency areas on key Yorkshire motorways are being enhanced to make them more visible for drivers. 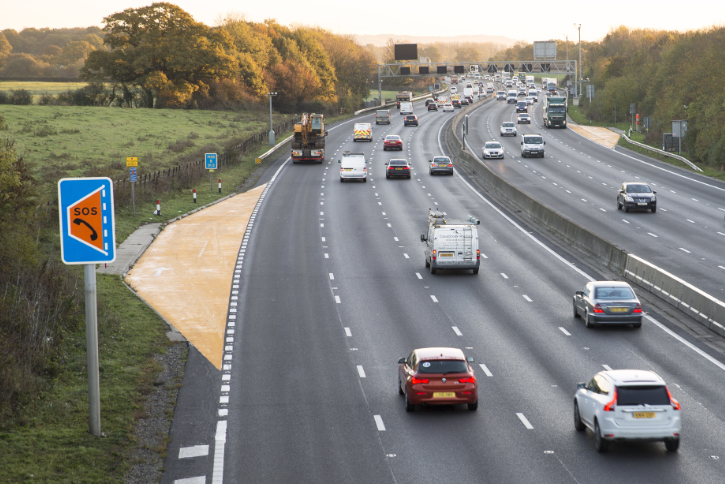 Emergency areas are being enhanced to make them more visible

The new look emergency areas have a bright orange road surface to help improve visibility, so they are more obvious to drivers on sections of the M1 and M62.

Extra signs to show drivers the distance to the next area will also be provided and each area will have a marked out box to make it clearer for drivers to see where the ideal central stopping position is. This will also make it easier and quicker to recover vehicles.

The move is part of an ongoing programme to enhance emergency areas on smart motorways to make them as easy as possible to spot and to discourage drivers from using them in non-emergency situations.

Highways England Smart Motorways Programme Sponsor Paul Unwin said: “Smart motorways are as safe as traditional motorways, which are already among the safest roads in the world. We recognise that as well as being safe, drivers want to feel safe and we have and will continue to make some changes to the design of motorways.

“This includes making emergency areas more visible by making them bright orange which should also discourage drivers from using them in non-emergency situations.

Emergency areas are set back from the carriageway to give greater protection than a hard shoulder and are designed to meet the needs of all the types of vehicles that use the motorway in the event of a breakdown.

It is expected that most vehicles that break down will be able to get to a place of relative safety such as emergency areas, off the motorway to a slip road or a motorway service area.

There are signs on smart motorways showing the distance to the next emergency area.

For schemes starting construction from 2020, Highways England has committed to reducing the maximum spacing between places to stop in an emergency from every mile and a half (about 90 seconds at 60mph) to around every mile.

Every emergency area on a smart motorway with no hard shoulder has a sign stating that motorists must use the orange SOS phone for advice before re-joining the motorway. This connects drivers to a member of Highways England staff in a regional operational centre.

Traffic officers can then help the vehicle to leave the emergency area.

Highways England is enhancing 347 emergency areas in total with around 150 existing areas having been upgraded to date.

Work starts on the M1 in Yorkshire on Tuesday (1 October). Work will be carried out overnight Monday to Friday, with lane closures between 8pm and 6am. There are 56 emergency areas that will be changed on the M1 and M62 and the work is weather permitting.

It follows a national safety campaign urging drivers to keep left except when overtaking, to ‘follow the signs’ including the red X signs and variable speed limits and to know what to do if they break down on a motorway.

Highways England issued five basic safety tips to follow if you have problems with your vehicle on a motorway:

Emergency areas are part of a package of safety measures that improve safety for road users on smart motorways including CCTV, sensors to monitor traffic volumes and SOS phones.