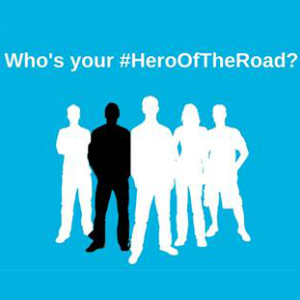 Road safety charity IAM RoadSmart launches its Christmas anti-drink drive campaign recommending that drivers should drink no alcohol at all if they are getting behind the wheel, and to make the designated driver of the group the ‘hero of the road.’

IAM RoadSmart maintains there is no true safe limit as to when a small amount of alcohol becomes risky. Alcohol affects different people in different ways depending on a variety of factors, not least age and build.

It also calls on groups of friends to reward the designated driver, who often feels excluded from a party of people when out on the town, with a free meal to make them feel a ‘hero of the road.’

And to give that hero designated driver and their guest a pat on the back, IAM RoadSmart is offering afternoon tea at The Savoy in London as a competition prize – all entrants have to do is tweet a picture to the IAM RoadSmart twitter page using the hashtag #herooftheroad, showing your designated driver being celebrated by his or her group of friends!

IAM RoadSmart has put together a series of sobering (literally) statistics and a set of real-life case studies from IAM RoadSmart’s Driver Retraining Academy to make the point that drink driving can wreck lives forever.

People convicted of drink driving have added their experiences to IAM RoadSmart’s campaign:

Jane, whose children were taken into foster care following the incident and conviction, said: “It’s hard to believe that what seemed like such a small action at the time has had such catastrophic and life-changing consequences, which I will have to live with for the rest of my days.”

John, a haulage contractor who had to remortgage his house after his conviction, said: “Financially it’s been crippling. I feel it has set me back 10 years in my life. Life becomes so difficult for half an hour of madness.”

Melissa added: “Sitting in the cell terrified, all I could think was ‘this isn’t me.’”

Sophie said: “I was breathalysed, before being handcuffed and taken to the station. I was picked up by my husband, and to my shame, my son. If you can afford to go for a drink then you can afford a taxi. Just don’t risk it, because the repercussions are horrible.”

IAM RoadSmart’s Driver Retraining Academy has renewed calls for drink drivers who are referred to a drink drive rehabilitation course to be made to opt out from, rather than opt in to attending a course, in a bid to ensure more of these drivers benefit from the life-saving education they offer.

Sarah Sillars, IAM RoadSmart OBE chief executive officer, said: “Our Christmas drink drive campaign is all about giving people a clear message – there is no point in drinking up to the limit and thinking everything will be fine. There can only be one guideline – drinking and driving don’t mix.

“We also want to make sure that in a group of friends, the designated driver is recognised as the hero of the road. It is down to him or her that we can all travel safely on the roads. They are making sure we spend the festive season celebrating with our families – and not in the Accident and Emergency ward or worse.”

She added that it is vital that as many people convicted of a drink drive offence go on to take a drink drive rehabilitation course as possible.

“Evidence shows that participation in a drink driving rehabilitation course reduces the risk of reoffending and individuals who take our own course consistently say that they never realised the risks before participating. Driver education, while essential, can be challenging because it can be difficult to reach the right audience. Working with those who are already passing through the legal system is a no brainer.” 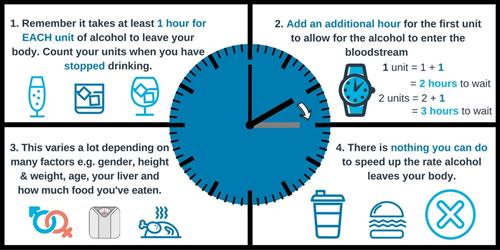