Long waits for deliveries of new commercial vehicles to customers thanks, in part, to shortages of key components are bedevilling manufacturers at present. Volvo Trucks is no exception. 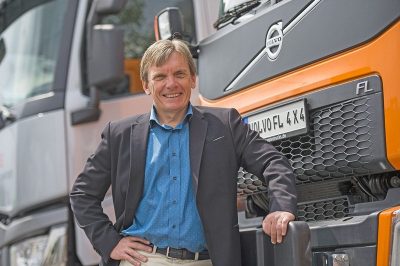 The majority of models in its latest line-up will not arrive with British customers until sometime during the first quarter of 2022 admits Christian Coolsaet, managing director of Volvo’s UK and Ireland operation.

“That’s the hard reality,” he says. “We can’t get the semiconductors we need and the car industry is in the same position.”

The situation has been exacerbated by socially-distanced assembly plants that were shuttered for several months last year still playing catch-up as demand for vehicles rises. At least all manufacturers are in the same boat, and there is one crumb of comfort Coolsaet can offer.

While lead times for diesels are stretching for month after wearisome month, a difference in the sort of parts they rely on means new models powered by liquefied natural gas (LNG) looks set to arrive earlier. “We’ll be able to deliver them during quarter three of this year,” he promises.

The shortage of new trucks means fleets are hanging on to the vehicles they have already got until replacements arrive. As a consequence, the second-hand market is being starved of retailable stock, with an acute shortage of late year, low-mileage models.

Values are hardening in response, and used prices are rising.

Last year’s coronavirus outbreak meant that production of the latest FH, FH16, FM and FMX was postponed by around six months. However, those months were not wasted, Coolsaet insists, and were used to tighten quality standards even further. “We spent them scrutinising every nut and bolt,” he says.

A key advantage of the new range is enhanced fuel economy, he contends.

“The FH is, on average, 3% better on fuel than its predecessor,” he claims. The improvement has been achieved thanks to a number of detailed software changes plus modifications to the
cab’s aerodynamics.

Driver comfort has not been neglected. “The FM’s cab interior offers 1cu m more room than the previous cab had, with 300 litres of storage space,” he says.

Once again, Volvo is placing heavy emphasis on safety systems. 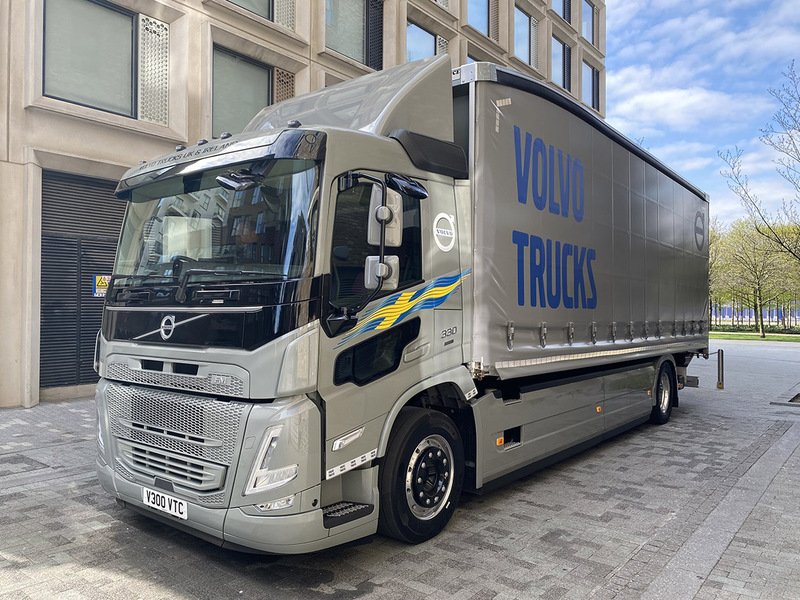 For the FM, they include descent control, which sets a maximum speed to help prevent unwanted acceleration when going down a steep incline. We sampled it in both a FM 330 18-tonner and a FM 380 6×2 26-tonner and found it remarkably effective.

Adaptive cruise control now works at all speeds down to zero while Volvo Dynamic Steering, with lane-keeping assist and stability assist, is offered as an option.

Volvo is rolling out a suite of service contracts to support the newcomers with an increased emphasis on connectivity to spot problems before they evolve into something serious.

Returning to battery-powered models, the FL Electric and FE Electric are the first to appear, and an FL Electric 16-tonner has already gone into service with DHL in London.

“We should sell 700 electric trucks across Europe this year,” says Coolsaet. “We’re now talking about ranges of up to 300km (186 miles) between recharges.”

A battery-driven FH should arrive in 2022 with an electric FM scheduled for 2023. Volvo has recently announced a deal to buy 60% of Designwerk Group, he says. The Swiss engineering company specialises in building customised electric trucks under the Futuricum banner.

What Volvo is not doing, Coolsaet stresses, is selling an electric truck to a customer, then walking away. Support in terms of advice and the provision of the necessary infrastructure is vital.

“We employ specialists who will look at your routes and the charging arrangements you will need and tell you if using electric models is viable or not.”

The absence of exhaust emissions is not the only environmental advantage models such as the FE Electric enjoy, he points out. “There’s the silence,” he says; and low noise levels can make out-of-hours deliveries in urban areas more acceptable to city councils and local residents.

While ranges are improving, battery-driven 44-tonners capable of handling fully-laden triple-shifted intercity trunking work are still some years away from volume production; if, indeed, they ever appear. Trucks powered by fuel cells could prove to be a viable alternative however, and Volvo has entered into a joint venture with Daimler to develop the technology.

“We could see Volvos with fuel cells fitted by 2024/25,” says Coolsaet. The only emission they will produce will be water vapour.

In the meantime, LNG could be the answer for long-haul work, and more than 750 Volvos powered by the fuel are now in service. Volvo has ensured that 15 outlets spread UK-wide have the facilities necessary to support them, involving a £50,000-to-£100,000 investment in each location.

It believes that BioLNG will have a role to play for many years to come.

European Union rules will compel truck manufacturers to reduce the CO2 output of new trucks by 15% on average from 2025 and by 30% from 2030 compared with 2019 levels. Volvo aims to achieve a 50% fall by 2030 with a 100% fossil-fuel-free line-up by 2040 (coinciding with the UK’s planned ban on ICE trucks), with battery-electric and fuel cell-powered trucks achieving pre-eminence.

Come 2050, the Volvo parc will emit no CO2 emissions at all, says the manufacturer.

“Electric trucks will account for 35% of our output by 2030,” says Coolsaet. “Never forget that we have an obligation to future generations. We have to make this planet sustainable.”

Volvo has a long-established pedigree when it comes to cutting emissions and its carbon footprint, he points out. Its Ghent, Belgium, assembly plant achieved CO2-free production status as far back as 2007.

Not that this is stopping Volvo from continuing to offer one of the most powerful diesel trucks in production today.

Like the old model, the latest FH16 is available with up to 750PS on tap, and 750PS models account for around 100 sales a year in the UK.

Some operators want all that horsepower purely for the sake of the badge, and with an eye to retaining and recruiting drivers in a climate of continued shortage. Others who are involved in forestry and heavy haulage have a genuine need for the 3550Nm of torque that is on offer.

There are no plans to introduce a much-rumoured, 800PS FH16.

One way of addressing the driver shortage is to build trucks capable of driving themselves, and Volvo has developed a prototype autonomous tractor unit.

“At the moment it is operating in a closed environment, with limited interactions with human beings, and we’re still learning a lot from it,” says Coolsaet. It has been on trial in Gothenburg, Sweden, transporting containers between a DFDS logistics centre and a container terminal under the watchful eye of a technician sitting in a control tower.

Volvo Group has set up Volvo Autonomous Solutions to accelerate the development, commercialisation and sales of autonomous vehicles. So far as investment is concerned, however, zero-emission technology looks set to keep taking the lion’s share.

“Sustainability is a higher priority than autonomy; and we’re not under any legislative pressure to launch autonomous vehicles.”