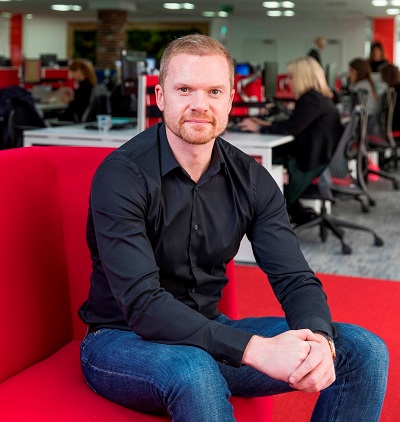 Fleet Alliance, which enjoyed a record breaking year last year with growth in profitability of more than 20%, saw the number of ULEVs with carbon emissions of less than 75g/km grow by 112% in 2019, compared to 2018.

Registrations of ULEVs more than doubled as drivers looked to cut their tax bills and companies sought to reduce their corporate carbon footprint.

The big winner was EV manufacturer Tesla which saw a fifty-fold increase in registrations on the Fleet Alliance fleet of 37,000 vehicles, thanks to the award-winning new Model 3.

The biggest mover at the executive end of scale was the Range Rover P400e PHEV (Plug-in Electric Hybrid) which has an all-electric range of 12-25 miles depending on driving conditions and emits around 71g/km of carbon emissions.

Registrations of the executive plug-in hybrid which has a P11D value of £72,785 for the 2.0 Sport HSE and a first year VED rate of just £15, went up more than ten-fold.

“We have seen a surge in orders for ULEVs over the last 12 months, with manufactures such as Tesla, Land Rover and BMW being the real winners on our funded fleet. Pure electric cars and plug-in hybrids have featured very strongly in our fleet mix as companies have looked to reduce their corporate carbon footprints.

“And we fully expect this trend to accelerate throughout 2020 thanks to the Government’s changes to the BIK scale charges which really incentivises drivers to go down an all-electric route.”

In July last year, the Government unveiled a zero rate of BIK tax for electric vehicles (EVs) for tax year 2020-21, along with a 2% reduction in BIK for new cars registered after April 6. At the same time, it announced a freeze on 2020-21 BIK rates for the following two years.

Many pundits now expect the new rates to be confirmed by the new Chancellor, Rishi Sunak, in his first Budget Statement on Wednesday, March 11.

Mr Brown said: “The Government announcement on company car tax last year was hugely significant for us and our sector and replaced the lack of clarity we’d seen in the previous two years.

“”We fully expect to get confirmation of the new rates from the Chancellor in the Budget in March, which allows fleets to forward plan again. The zero BIK rate for EVs should be a shot in the arm for electric vehicle sales while, as we have seen with our own fleet, hybrid vehicles, with the appropriate range, will be tax-beaters, too.”

“The new generation of cleaner RDE2-compliant diesels, with lower emissions of CO2 and nitrous oxides, will no longer attract the usual 4% diesel surcharge from April. This underpins our belief that diesel still has a key role to play in the future of fleet mobility,” he said.

Mr Brown said that there were now a growing number of buyers in favour of EVs and hybrids.

“However, there is a currently an imbalance between supply and demand which should ease as the vehicle manufacturers bring forward new ULEV and EV models.

“There is also an imbalance between the cost benefit to the driver through lower taxes, and higher costs to the company through higher rentals. But we expect that gap to also close over time as supply increases and prices come down,” he said.