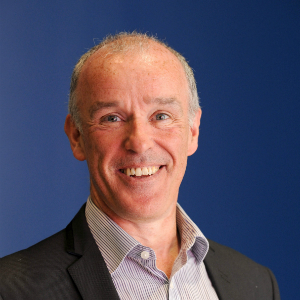 FMFE was launched last year as the European Fleet and Mobility Association (EUFMA) and the UK fleet association joins those from Austria, Germany, Italy, Spain and Switzerland as members initially offering a cross-border service for organisations belonging to their respective national organisations.

In further steps, an information platform is to be created and benchmarks and joint international studies drawn up as well as the compilation of Europe-wide best practice standards for fleet management and mobility management.

FMFE will also give its opinions on political, economic, legal and fiscal issues at a European level.

ACFO chairman John Pryor said: “UK-based fleet decision-makers with international vehicle responsibilities and fleet chiefs in other countries with some vehicles operating in the UK may need ‘local knowledge’ so it is important that ACFO can provide help and advice and also has partnerships with other representative fleet organisations that may be able to assist and provide information.

“The UK fleet market is possibly the most mature in the world and ACFO has been a powerful force in its development over more than 40 years.

“Over the years ACFO has been contacted by fleet organisations from around the world – as well as individual fleet operators – seeking help and advice. We have also hosted visits by fleet decision-makers from overseas and made reciprocal visits.

“Many of the issues confronting fleet decision-makers in the UK will be the same as those being tackled in many other countries, so it makes logical sense to pool our collective knowledge, experiences and advice and communicate best fleet management practice across Europe and worldwide.”

He added: “The world of fleet continues to rapidly evolve and mobility management is a fast-emerging strategic part of the role of a fleet manager, who is increasingly becoming a fleet and travel manager both in the UK and internationally.”

FMFE, instead of having a president, will have a spokesperson who will be elected from among the members. The first to be elected is Axel Schaefer, managing director of the German Federal Fleet Management Association. The office will be taken over by one of the other member associations from October 2020 in an annual rotation.