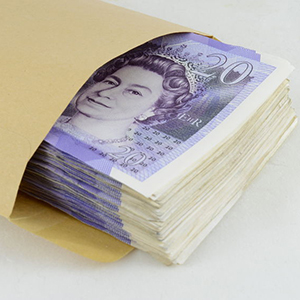 My Car Check, the UK’s No.1 consumer vehicle data provider, has released new figures showing that a third (32.17%) of all finance checks it conducted in the first half of 2015 flagged up active finance agreements i.e. money was still owed on the car.

Second hand car buyers need to look out for a range of threats, from the vehicle not being as described (e.g. it might have been stolen, clocked or previously written-off – history which is not disclosed) to con artists securing a deposit and then scarpering with the cash.

Unlike these traditional risks, which have remained largely static, the likelihood of falling victim to an outstanding finance issue has risen dramatically in recent years.

Roger Powell, Head of CDL Vehicle Information Services (which owns My Car Check), said: “While innocent purchasers can and do fall foul of traditional threats like clocking, there is at least a decent level of awareness about them. By contrast, there is a serious lack of awareness about the risk of buying a second hand car with second hand debt. We need to get the message out that outstanding finance is now by far the most common pitfall awaiting UK used car buyers.

“Certain types of agreements, such as the increasingly popular Personal Contract Purchase (PCP), usually involve the debt being secured against the vehicle, rather than the individual. This means a lot of the cars on our roads actually belong to a finance company, not the people who drive them. Attempting to sell a vehicle owned by a finance company, an activity called sub-hiring, is illegal, but very common. Some sellers do it knowingly. Others wrongly believe that everything will be fine if they keep up the payments. The crux for buyers is that the finance company can be within their rights to seize the vehicle back.

“For the price of a few litres of fuel, our finance data can be the difference between buying a vehicle completely legally and being left hugely out of pocket with no car to show for it. Particularly in the private marketplace, many sellers are keen to pass the problem on, having inadvertently taken on a car with second hand debt themselves.”

It uses data from the police, the Driver and Vehicle Licensing Agency (DVLA), the Association of British Insurers (ABI) and all major finance houses.

To help UK consumers make the right choice, My Car Check can confirm in seconds whether your potential pride and joy has ever been scrapped, stolen or written-off, has any money owing on it, has had a plate or colour change and much more.