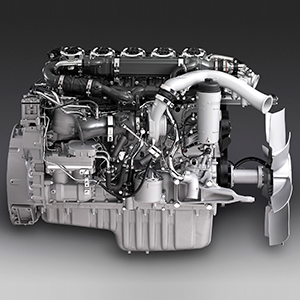 The vehicles are designed to provide the same performance as a comparative diesel engine.

“Whereas operators have so far been restricted to dual-fuel diesel/gas vehicles, our vehicle now enables customers to fully reap the benefits entirely gas-powered trucks offer.”

Scania have produced gas-powered vehicles for almost 100years, with one of the earliest recorded examples being buses adapted to run on producer gas during the First World War.

In more recent times the company have supplied more than 3,800 gas engines for various applications in a number of countries worldwide.

In the UK, gas-powered Scania buses have been working since April 2013, when Reading Buses became the first operator to adopt them.