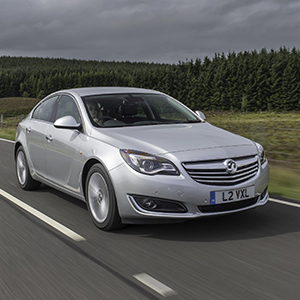 Vauxhall sold more cars and vans to private buyers in the crucial plate-change month of September than any other manufacturer, according to figures released today by the Society of Motor Manufacturers and Traders (SMMT).

The Luton-based manufacturer sold 43,848 cars last month, an impressive 6.49 per cent increase on September 2014. It’s the first time Vauxhall has been number one for private buyers in a plate-change month since electronic records began in 1996. Mokka and Zafira Tourer were also number one in retail in their respective segments.

Further highlights included the Corsa supermini, Vauxhall’s best-selling model, achieving sales of 15,670, a 25.3 per cent increase on September last year. The Insignia also had a bumper month, leading total sales in its segment.

Vauxhall Commercial Vehicles also made strong gains in the CV market showing improved sales across its entire van range from January to September this year, making it the number one manufacturer for retail customers.

The van market itself enjoyed strong growth in September with 58,744 light commercial vehicles registered, up 19.5 per cent versus the same month last year.

Vauxhall sold 31,038 LCVs in the nine months to September corresponding to a 10.9 per cent market share and a 37.9 per cent increase on the same period last year.  That was more than double the rate of increase in the market as a whole, which was up 17.4 per cent with 284,161 units registered.  Vauxhall claimed top spot in the retail van charts with 11,425 registrations and an impressive 17.1 per cent market share.

The popular Vivaro, built at Vauxhall’s Luton plant, was the stand-out performer, accounting for an 11.01 per cent share of the retail van market. Overall, 20,231 Vivaro units have been sold year-to-date (compared to 13,411 for the same period last year), an increase of 50.8 per cent. This means there have been more Vivaros sold in the first nine months of 2015 than there were in the whole of 2014.

“September was a great month for Vauxhall with sales results that we can be truly proud of,” said Rory Harvey, Vauxhall’s Chairman and Managing Director. “Now we focus on finishing the year strongly with New Astra arriving in showrooms this month and OnStar giving us a tremendous lead in the vehicle connectivity arena.”