Kia Scores Another Record In February 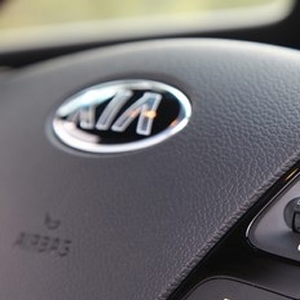 Kia hit a another top score in February with 3,243 new vehicles delivered to the brand’s ever-growing band of enthusiastic customers and reached 10,904 sales for the first two months of the year.

The performance in February was led by Sportage with Rio and Picanto completing the marque’s top three best-sellers. In the first two months of the year the same vehicles led Kia’s charge with them accounting for 4395, 1399 and 1394 respectively.

Paul Philpott, President and Chief Executive of Kia Motors (UK) Limited said: “We are delighted that so many savvy British motorists recognise the style, reliability and value of Kia products and that they appreciate the excellent service provided by our 188 dealers. Together our customers and dealers have delivered our strongest ever start to a year and we are indebted to them for that.

“The market is likely to get tough after the VED changes in April, but with our all-new Rio already making an impact and with an all-new Picanto to come in May plus two other introductions in segments where we currently have no presence I am optimistic about hitting our target of 91,000 sales in 2017,” he added.

This record result comes just as the National Franchised Dealers Association publish the NFDA Dealer Attitude survey results, in which Kia earned second place. When respondents were asked how would they rate their manufacturers overall, Kia earned an improved score of 9.3 out of ten, showing they have one of the highest rated relationships with franchised car dealers.