Hyundai Scores A Hattrick In June 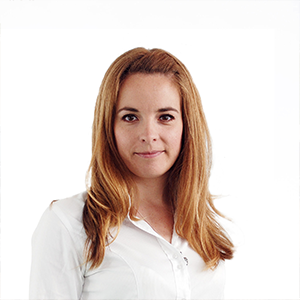 Data from Auto Trader, the UK’s largest marketplace for used and new cars, revealed that variations of the 2015 Hyundai i30 took both the first and second spot as the UK’s fastest selling used car in June.

The petrol automatic version took an average of just 16 days to leave the forecourt, followed closely by the petrol manual, which took 19. And, if that wasn’t enough for the South Korean manufacturer, the ix35 (petrol manual) reached fifth on the national top 10 list, taking a very respectable 20 days to turn.

Hyundai isn’t the only brand to enjoy multiple listings for the same model. The 2012 Nissan Qashqai (petrol manual) made it into the top three, with 20 days to turn, followed by the 2015 Qashqai (petrol automatic) in fourth place, also taking 20 days to sell.

Whilst an automatic transmission may have taken the top spot on the national top 10 list, it didn’t fair quite so well across the regions. Of the 13 regions/countries that Auto Trader monitors, eight didn’t feature a single automatic on their respective top 10 lists (East England, North East, Northern Ireland, Scotland, South West, Wales, Yorkshire and West Midlands).

Hitting targets will always be determined by how quickly a dealer can turn their stock around and using data is the key to speeding it up. Users of i-Control, Auto Trader‘s data management solution, took an average of just 31 days to sell a car in June, compared to a market average of 64 – 52% faster than those that don’t use the data management tool.

Karolina Edwards-Smajda, Auto Trader Retailer & Consumer Products Director, said: “As we enter into the second half of the year it’s reassuring to see that despite ongoing uncertainty, consumer demand for quality used cars remains solid. However, we are seeing the market slowing, and whilst the outlook for both used and new cars remains confident, retailers must ensure they are prepared for more challenging conditions. Embracing the full potential of digital is essential to stand out from the competition, create a more compelling user experience, build trust, and to improve efficiencies across the business.

“Our data allows us to identify what cars are the most popular across the country, which is key to identifying future sales opportunities. Dealers utilising data tools are much better set to understand which used cars are in demand in their area and how to maximise the speed of sale. We can see that those retailers using i-Control benefit from a 52% improvement on stock turn compared to those that don’t. That means a retailer using a data insight tool can sell more cars, more quickly, making more profit.”