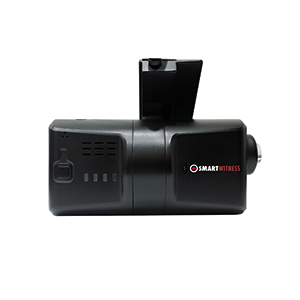 Hauliers have been hit with fines of £12.4 million for illegal stowaways, according to new figures.

They are subject to fines of up to £2,000 for each person found travelling illegally into the UK – whether the driver is aware of the stowaway’s presence or not.

The latest Home Office figures shows a four-fold increases in total fines to £4.2 million a year.

Since the new rules were introduced in 2008, £12.4 million in fines have been handed out.

And hauliers are expecting a further increase this year due to record numbers of stowaways congregating at key ports such as Calais.

More than 350 stowaways were caught in just four hours in the peak of the congestion during the strike which forced the closure of the Port of Calais last week.

Sales of SmartWitness in-cab CCTV cameras have shot up 20% this year as more hauliers seek extra protection to guard against stowaways.

The 360-degree CCTV cameras and sensors can be viewed from the cab and also send text message alerts to the driver’s phone if there is a disturbance involving the lorry when the driver is away from the vehicle.

SmartWitness International Sales Director Mark Berry said: “We have received an unprecedented number of orders from UK haulage firms who are having to take precautionary measures to prevent illegal immigrants from getting on board their lorries.
“With our 360-degree cameras, drivers can see the whole way round their HGV and are alerted immediately on the video screens in their cabs when stowaways are trying to break-in. Drivers receive a text message if there is a suspected break-in so they can take immediate preventative action.”

Hauliers Brian Yeardley Continental, based in Wakefield, West Yorkshire, fitted SmartWitness cameras to its 51 lorries and its eight company cars in part due to the stowaway problem.

Managing director Kevin Hopper said: “Last year we did over 5,000 crossing both ways across the English Channel and we had a total of five immigrants found in our trailers.

“Despite record numbers of stowaways trying to get in the UK, we have not had any incidents since fitting the SmartWitness cameras.

“Our trucks spend 90% of their time in Europe – mainly Spain, Portugal, France and Italy. We constantly try to ensure our drivers’ safety and welfare is protected and stowaways are prevented from getting on board.

“Our drivers are often away for up to eight weeks at a time and it gives me peace of mind knowing that when they are parked up, the cameras are there to help protect them from stowaways and thieves.”
The SmartWitness cameras have also helped  Brian Yeardley to reduce its insurance bill from £135,000 a year to £110,000.

The system is recommended by major insurers for hauliers, fleet managers and private motorists. It is officially approved by Transport for London.”

Home Office figures show that £4.2 million of fines were imposed on hauliers last year – up from £1 million on the previous year.