Drivers Three Times More Likely To Be Breathalysed In December 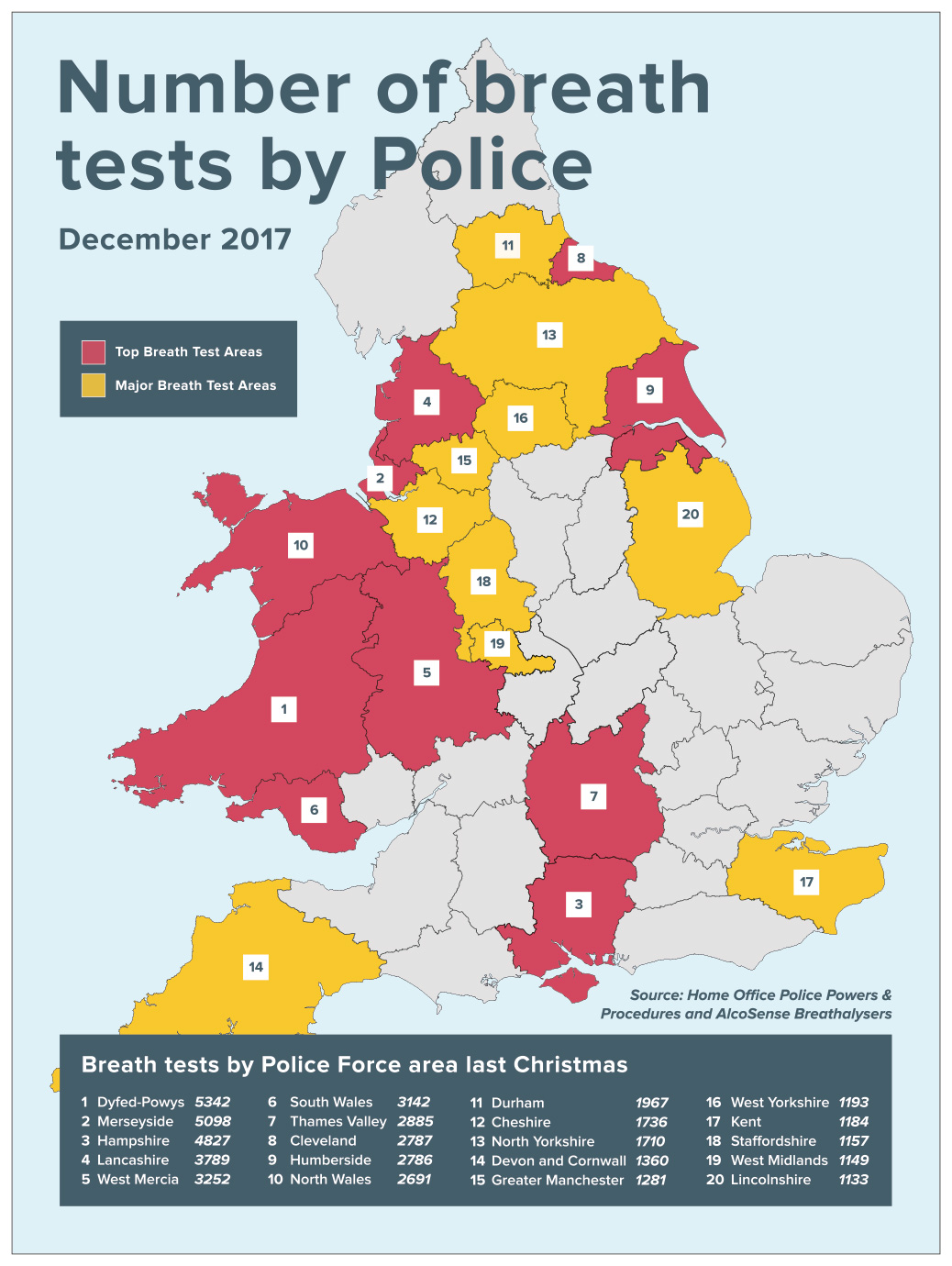 As the countdown to Christmas begins, drivers are being warned they are nearly three times more likely to be breathalysed in December than a normal month.

Last year Police conducted 63,648 roadside breath tests in December – 20% of the annual total.  The monthly average across the rest of the year for England and Wales was 23,840.

The number of motorists found to be over the drink drive limit last December, including those who refused the test, was 4,816 – a failure rate of nearly 8%.

But analysis of Home Office figures by AlcoSense Breathalysers shows huge regional variations in the number of tests carried out.

In Dyfed-Powys 5,342 drivers were breathalysed last December – whereas in Bedfordshire it was only 268.

There were also big discrepancies in the percentage of motorists failing the test.

Against a national average of 7.6%, just 1.8% of drivers were over the limit in Cleveland – suggesting they may have the safest roads in England when it comes to drink driving.

However, a staggering 51.4% of motorists breathalysed in Cambridgeshire tested positive.

Counties at the bottom of the breath test rankings included Hertfordshire, Leicestershire, Gwent and Northamptonshire.

“If you have a drink this Christmas, don’t drive.  Motorists should also know that nearly a fifth of drink-drive convictions are the morning after the night before,” comments Hunter Abbott, MD of AlcoSense and Adviser to the Parliamentary Advisory Council for Transport Safety.

“A third of all breath tests after an accident are conducted between 7am and 1pm”.

The Metropolitan Police area of London topped the table of positive breath tests, with 515 drivers caught over the limit last December – followed by Cambridgeshire, West Yorkshire, Thames Valley and the West Midlands.